T here has been a lot of talk and writing about hybrid war in the past 2-3 years, though the concept was not new. Perhaps, because Pakistan is under the cloud of hybrid war by India and its like-minded western countries. The same was revealed by European Union’s DisinfoLab recently. However, a lot of damage has already been done to the regional progress and development due to this enduring rivalry between India and Pakistan. The people of Kashmir have suffered immensely, and the Indians and Pakistanis have also not prospered at any scale of Human Development Indices (HDI).

Let me propose the regime of hybrid peace instead of hybrid war. However, the possibility of its success would largely depend on the desire for peace at both ends. If the hybrid war is defined as the combination of multiple conventional and unconventional tools of warfare, then hybrid peace may be defined as the observance of mutual respect, productive engagement, accommodation for views, adjustments for religio-cultural leanings, space for common interests, and urge for peaceful co-existence.

If information warfare and propaganda as an element of hybrid war was used to tarnish the image of the adversary, the same can be deployed with a powerful counter-narrative to project the same adversary as a reformed and peaceful neighbour under the banner of hybrid peace.

If the focus of diplomacy under the cloud of hybrid war was to isolate the adversary regionally and internationally and oppose it at every forum, then a Summit level meeting in either capital showcasing the end of an era of hate and mistrust can reverse the adverse effects of earlier doings, under the framework of hybrid peace.

India has now come out of Russian envelop and making alliances and strategic partnership with the US which is neither dependable nor nearer, while increasing animosity with an emerging power in the region, China

If either state was supporting the local unrest under the paradigm of hybrid war, that may change into the support of local development under the process of hybrid peace. This one may sound not doable, but in my view, nothing is impossible in international relations in the changed paradigm. The world is changing at a rapid pace and if India-Pakistan do not mend their ways of doing business, the only sufferers would be the people of the two states.

Perhaps, India is making the same mistake which Pakistan made some 70 years ago. Pakistan left its powerful neighbours and went far west to form alliances with United States, which never came forward at the time of need. However, Pakistan learned its lessons and now building its productive relationship with its neighbours and the regional power houses. India is going into reverse direction. Soon after independence, it made strategic partnership with erstwhile Soviet Union which helped India into becoming a regional power. However, India has now come out of Russian envelop and making alliances and strategic partnership with the US which is neither dependable nor nearer, while increasing animosity with an emerging power in the region, China.

Coming back to economic warfare under the ambit of hybrid war, India has left no stone unturned to have Pakistan placed in the blacklist of Financial Action Task Force (FATF). Whereas the first action under hybrid peace would be to support Pakistan in the next meeting at FATF to which Pakistan would certainly respond positively. The mutual trade between India and Pakistan has the potential to reach $40 billion within 2-3 years.

Pakistan does not need any concession from India for itself but for the people of Jammu and Kashmir (J&K). India must immediately provide relief to the starved people of Kashmir, especially with the approaching of the Holy month of Ramadhan. Following that, both the countries can begin talks on resuming the full diplomatic ties which would further open the avenues of peaceful engagement. If the people of Kashmir can live in peace and do their business without fear and fire, Pakistan will have no issue in talks for the resolution of protracted conflicts, no matter how much time India takes in the process.

India must understand that it cannot defeat Pakistan militarily, economically, politically, or even technologically, because it has tried all these strategies in the last two decades. Therefore, it is in India’s interest that it engages Pakistan in the ambit of hybrid peace so that the people of both the countries can rise together. I hope Pakistan will not have any issue with my proposal of hybrid peace. I understand that the proposal of hybrid peace may sound overly simplified but not impossible. The first step is always difficult, but it must be initiated.

Dr Zia Ul Haque Shamsi is the author of the book ‘Nuclear Deterrence and Conflict Management Between India and Pakistan’ published by Peter Lang, New York 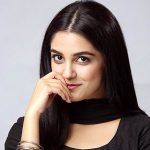