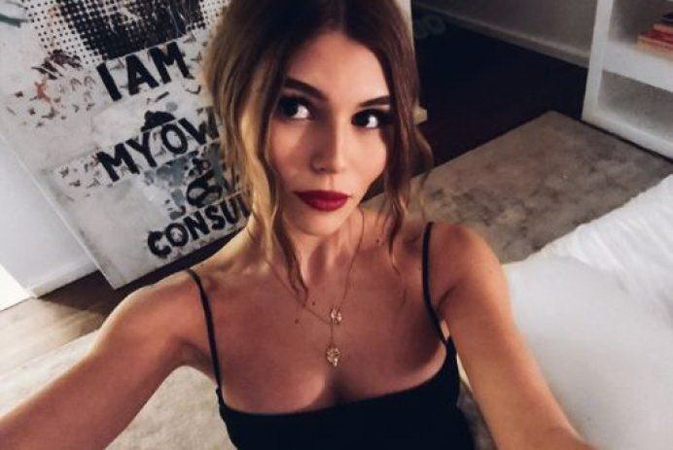 Olivia Jade Giannulli has found herself in hot water once again for saying she was “publicly shamed” following her family’s involvement in the 2019 college admissions scandal.

Giannulli, the daughter of actress Lori Loughlin and designer Mossimo Giannulli, posted a video to TikTok on March 26, recalling a piece of advice a “very inspirational woman” once told her.

“We were talking about being in the public and being publicly shamed, and I was like, ‘Well, my situation doesn’t even compare, I’m not even going to start to compare it to yours,’” Giannulli said in the video. “And she looked at me and she said, ‘Olivia, it doesn’t matter if I’m drowning in 60 feet of water and you’re drowning in 30 — we’re both still drowning.’”

“I think we’re all very quick to put people down. And I just want people to remember, like, if your feelings are hurting, or they’re valid to you, [then] they’re valid,” Olivia Jade added. “It doesn’t matter if somebody’s going through worse. You’re allowed to have a hard time in this world. But that doesn’t take away from somebody else, and that shouldn’t take away from you.”

While it’s a sweet message, Olivia Jade’s “public shaming” came after her parents “agreed to pay bribes” totaling $500,000 to get her and her sister recruited to the University of Southern California’s crew team, ensuring their acceptance to the prestigious school. As such, many of her followers didn’t exactly sympathize with the video.

“Obviously your sense of reality is not there,” one user commented. “Your privilege is showing.”

“The kids who didn’t get into the college of their dreams, the one they’ve worked for YEARS to get into, are drowning too,” another pointed out.

“Sorry to break it to you but … you did something illegal and bad when you were already ahead in life,” another wrote. “You deserve the criticism.”

Whether it was planned or not, the TikTok was posted just days after Netflix released a documentary about the scandal, called Operation Varsity Blues.