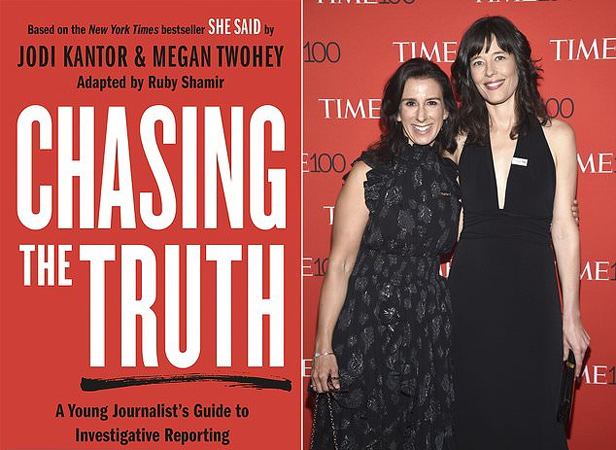 An acclaimed book by two New York Times journalists who won Pulitzer Prizes for their investigation of Harvey Weinstein is coming out in an edition for young reporters. “Chasing the Truth: A Young Journalist´s Guide to Investigative Reporting,” by Jodi Kantor and Megan Twohey, will be published Sept. 14 by Philomel, an imprint of Penguin Young Readers. In 2019, Kantor and Twohey released “She Said: Breaking the Sexual Harassment Story That Helped Ignite a Movement.” “With `Chasing the Truth,´ we´re inviting young people into investigative journalism,” Kantor and Twohey said in a statement Wednesday. “We´re excited to show them how this work can uncover hidden truths, hold the powerful to account and help drive social change.” Kantor and Twohey, along with Ronan Farrow of The New Yorker, won Pulitzers in 2018 for “impactful journalism that exposed powerful and wealthy sexual predators, including allegations against one of Hollywood´s most influential producers.”