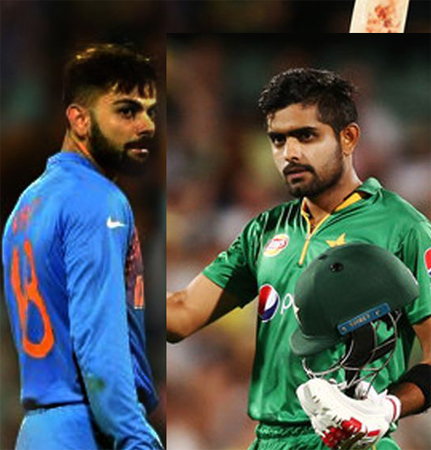 LAHORE: Pakistan captain Babar Azam is getting closer to the number one batting spot in ICC ODI Player Rankings, currently occupied by Indian captain Virat Kohli. The Indian captain scored 66 and 7 runs in the second and third ODI against England in Pune last week, thus resulting in losing 11 valuable rating points. Second-ranked Babar, who has 837 rating points, is now only 20 points away from Kohli, who is at the top with 857 points. Indian opener Rohit Sharma lost further 11 points after failing to score a fifty in the aforementioned ODI series. He is currently at the third position with 825 points. The Pakistan captain has a golden opportunity to overtake the Indian batsman in the upcoming three-match ODI series against South Africa, starting from April 2 in Centurion. Kohli has been number one in ICC ODI Batsmen Rankings since 22 October 2017.