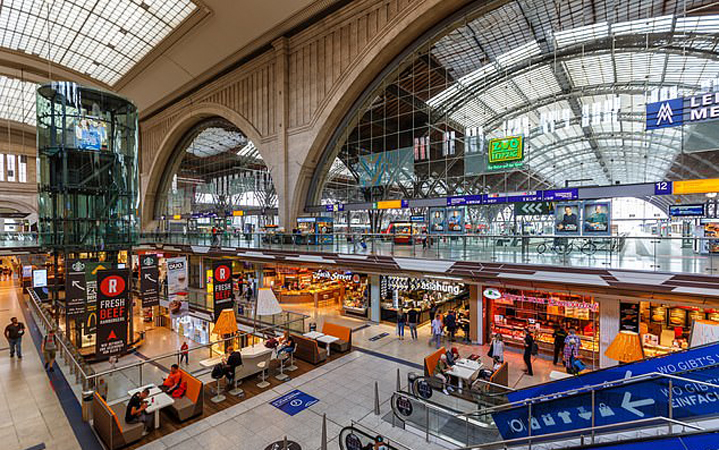 London’s St Pancras station has lost its crown as the best railway station in Europe to Leipzig Hauptbahnhof. Researchers looked at 51 of the biggest stations across Europe and scored them on factors including the number of domestic and international destinations served, platform access and the quality of dining options.

From this data they drew up a ranking – the European Railway Station Index 2021. Vienna Hauptbahnhof comes second in the table, St Pancras third and Amsterdam Centraal fourth.

The 51st station on the passenger-friendliness list, meanwhile, is Magenta Paris.

The organisation behind the ranking, the Consumer Choice Center, praised Leipzig Hauptbahnhof’s facilities. 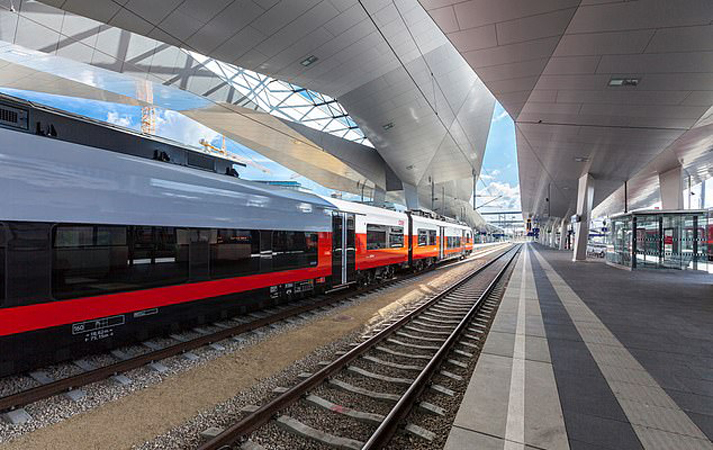 It said: ‘The station offers the greatest number of domestic destinations and an array of shops and restaurants. Several different railway companies use Leipzig Hauptbahnhof, which made it stand out in the top five.’

St Pancras’s mini slide down the table was apparently partly due to Eurostar services being cut back as a result of the pandemic.

Meanwhile, the Consumer Choice Centre explained in its report for the index that the size of a railway station ‘does not necessarily mean more convenience or better infrastructure’.

It said: ‘Some of the largest stations such as Paris Gare du Nord, Madrid Atocha, or Chatelet-Les Halles did not even make it on the top 10 in terms of passenger experience.’

The report’s authors added: ‘The coronavirus crisis has significantly restricted the freedom to travel in Europe and globally. Long train voyages have now become just a memory for most of us. However, with the pace of the vaccine roll-out progressing, there is every reason to be optimistic about regaining our freedom to travel this summer. As consumers across Europe rush to book business trips and vacations, our European Railway Index will come in handy.’