Did Ahmad Ali Butt just confess to cheating on his wife? 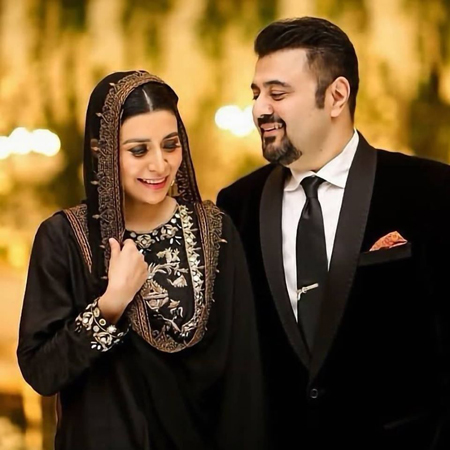 Actor Ahmad Ali Butt has revealed his wife Fatima caught him cheating on her twice.

During a segment, Vasay asked him to record a note asking for tips to flirt with a girl and send it to actors Mehwish Hayat, Humayun Saeed, Fahad Mustafa, and his own wife. The first three recipients responded, but Ahmad’s wife didn’t.

“She knows I’m on this show,” he said, laughing. “She has ignored my message.”

Ahmad said his wife knows he can never send her such a message, adding that she usually catches him red-handed.

“Now that I can’t tell you,” Ahmad said, adding that there were a couple of old texts on his phone that his wife had seen.

This is not the first time an actor has openly discussed cheating on his wife. Veteran actor Naumaan Ijaz once came under fire for admitting on Say It All with Iffat Omar that he had affairs with several women which he “cleverly hid” from his wife. He remarked that the husbands of those women didn’t find out, either.