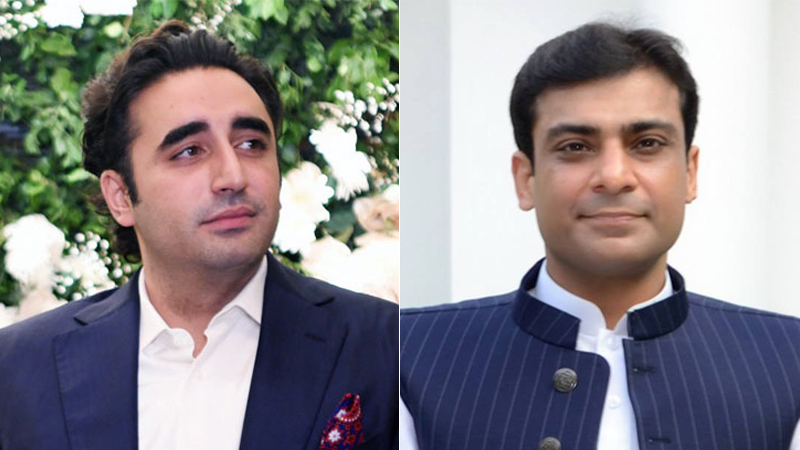 The PML-N (Hamza Group) has sent a message to the Pakistan People’s Party (PPP) to hold its horses as far as an in-house change in Punjab is concerned.

According to sources privy to the development, PPP Chairman Bilawal Bhutto Zardari has requested a meeting with Hamza Shehbaz during the former’s three-day visit to Punjab this week. However, Hamza has reportedly excused from holding the meeting.

“Bilawal Bhutto had said it openly that PDM should initiate a move to bring vote of no-confidence against Punjab Chief Minister Usman Buzdar and pitch Hamza Shehbaz for the prime slot, adding that if PML-N is not ready for the move, then Chaudry Pervaiz Elahi will be approached by the PPP,” sources said. “Pervaiz Elahi is of the view Hamza Shehbaz, being leader of the opposition in Punjab Assembly, should contest for the coveted slot,” the sources added.

During the last meeting between Bilawal and Hamza, some ice had melted on the issue, however, Maryam Nawaz, speaking in the language of her father Nawaz Sharif, rejected the idea of bringing any change in Punjab. “Hamza’s refusal to hold second meeting with Bilawal is also for the same reason as Maryam and Hamza are at odds with each other, and in the given circumstances when Shehbaz Sharif has also asked Hamza not to speak ill about PPP leadership, such a meeting will bring more damage to the PMLN,” the sources said.

Sources maintained that the regret by Hamza Shehbaz is only ‘cosmetic’. “Hamza Shehbaz wants to give an impression that he has no differences with his cousin sister Maryam. As final say in the PML-N rests with Nawaz Sharif, hence Maryam also strongly matters within the party,” the sources added.

Meanwhile, the PPP leadership is still pushing for a vote of no-confidence against Buzdar and has announced that it will be done after the holy month of Ramazan, and that too with the consultation and consent of Hamza Shehbaz.