Shaukat Tareen likely to be made SAPM on finance 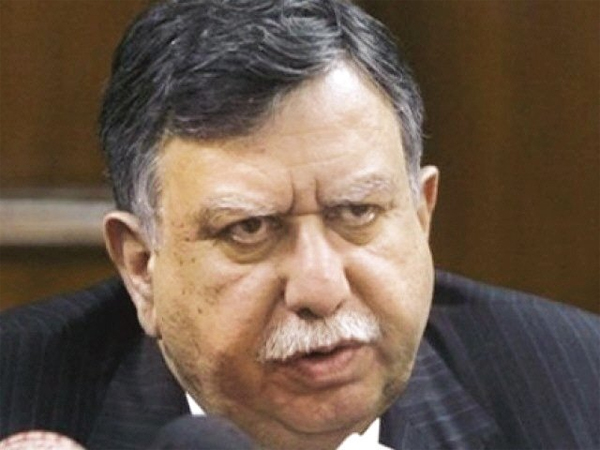 Renowned banker and former finance minister Shaukat Tareen is likely to be made Prime Minister Imran Khan’s aide on finance and revenue, a private TV channel reported on Wednesday.

The TV channel reported that top officials of PTI have contacted Tareen, who said that he is ready to work with the government but has asked for 15-20 days’ time to ‘deal with something he’s busy in’. The report also said it has been recommended to have Tareen contest the Senate election as well.

Hammad Azhar was appointed as new finance minister on Tuesday, the cabinet division confirmed through a notification, in addition to his portfolio of the ministry of industries and production. A day earlier, Imran Khan had conveyed to former finance minister Abdul Hafeez Shaikh to step down from his role.

Meanwhile, Shaukat Tareen Wednesday, while responding to media reports regarding his prospects of being appointed to a key role in the Finance Division, said he would not accept any offer as long as NAB does not drop appeals pending against him in different cases. “The courts have already decided my cases following which NAB has filed appeals. If NAB drops its appeals, it is likely that I will consider the offer of being part of government’s economic team,” he said.

Previously, Taren held the portfolio of finance minister from 2009 to 2010 during the Pakistan People’s Party (PPP) government.