The National Accountability Bureau (NAB) has moved an application in the Islamabad High Court (IHC), asking the court to take up former prime minister Nawaz Sharif’s appeals against his conviction on an urgent basis, a private TV channel reported.

In its two-page civil miscellaneous application, the NAB stated that the National Accountability Ordinance, 1999, ordains that matters falling within the purview of the enactment are to be expeditiously disposed of and decided. “In this regard the Supreme Court has very recently directed that the number of accountability courts be enhanced and also issued specific directions for early adjudication and decision of the matters. It has directed day to day proceedings till decision,” it said.

The graft watchdog noted that while hearing Nawaz’s appeals against his convictions, the IHC on December 2, 2020, had declared him proclaimed offender as he did not “care to appear in the court or to attend the proceedings” despite “taking concession and leave of bail and knowledge of the proceedings.” “It will be worthwhile to mention here that in view of this situation, the court framed legal propositions which need to be addressed and NAB has prepared a response on its behalf in this context and is ready to plead on these propositions before the court.”

NAB said the Al-Azizia, Avenfield and flagship cases involved mega corruption and “therefore, it is submitted with utmost respect and humility that these matters may graciously be ordered to be heard at an early date which is convenient to this honourable to meet the end of justice.” It gave an unequivocal undertaking that it will arrange representation on each and every date of hearing as decided by the court.

The IHC on December 2, 2020 finally declared former premier Nawaz Sharif a proclaimed offender after the PML-N supreme leader ignored all summonses and proclamations of the bench that was originally formed to hear appeals against his conviction in two graft cases. 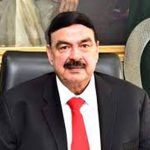 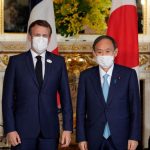 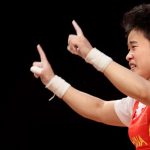