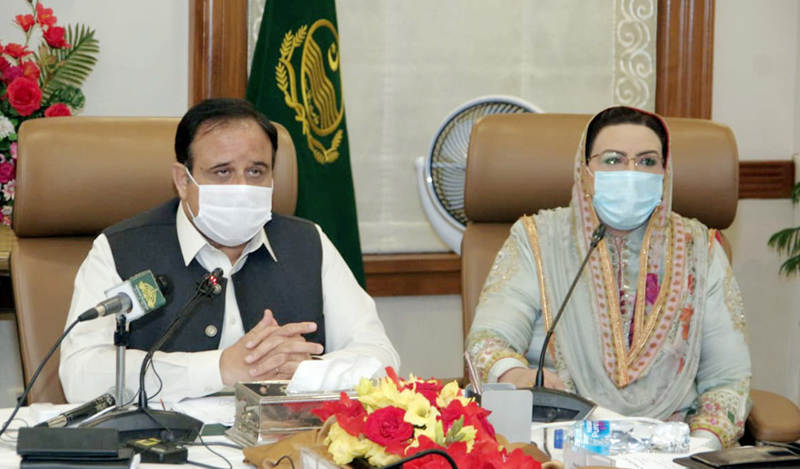 Punjab Chief Minister Sardar Usman Buzdar on Wednesday said that indiscriminate action against the land grabbers would continue till retrieving every inch of the state land from squatters.

While giving details during a presser at his office, the CM said 155,000 acres of land had been retrieved in different parts of the province having a value of Rs. 450 billion. It was the largest operation in the history of the province and the task would be brought to its logical end, he indicated. During the last seven days, 12,318-acre land of Rs. 22.32 billion value had been recovered from illegal occupants in 31 districts, he said.

As many as 403 FIRs had been registered and 97 accused had also been arrested, he added. Similarly, the CM pointed out that indiscriminate action was also underway against sugar and price-hike mafias. The PTI government was actively working to curb every sort of mafia and public interest was being fully protected under the leadership of Prime Minister Imran Khan.

He said the land had been retrieved in Sargodha, Sheikhupura, Rawalpindi, Rajanpur, DG Khan, Multan, Narowal and other cities and the recovered state land would be utilized for public welfare purposes. The government would also recover damages from the influential involved in illegal occupation of state lands, he continued and indicated that action was not person or party-specific but indiscriminate that would continue.

It was intolerable to occupy the state land for personal use and no political discrimination had been shown in this action, the CM stressed. Similarly, no one was politically targeted. The government wanted to protect the state lands and the political affiliation of land grabbers was simply irrelevant, he added.

The CM told that a strategy had been devised to best use the recovered lands while the data bank would also be set up in the board of revenue and steps would be taken so that no one could dare to reoccupy such lands.

Action against the land grabbers in 31 districts had yielded positive results during the last 7 days and the operation would continue till the complete recovery of state lands in the province, he added. He said the PTI government had waged a war against every sort of mafia.

While replying to the questions, CM Buzdar said the anti-corruption establishment took action if a government employee was found involved in the occupation of state land but the government had started indiscriminate action without caring for any political affiliation. Indiscriminate action would be continued against all; whether it was his (CM) relative or an office-bearer of the party, the CM emphasized and added that the government was active against the land grabbers while setting aside the politics and the crackdown would be continued.

To another question, the CM clarified that no ban was imposed on private transport, however, a restriction was imposed on public transport to overcome the spread of coronavirus. Steps had been taken to combat corona and the government did not want to hold complete lockdown but the spread had to be overcome, he maintained.

The businesses were not shut down but timings of bazaars and markets were reduced as the government wanted the business to run while minimizing the spread of coronavirus. He clarified that the purpose of the government was not to put the people behind bars but to sensitize them to wear face masks for collective safety.

To another question, the CM said the corona vaccine was being supplied by the federal government but the Punjab government had also constituted a committee to procure vaccine and the committee would submit final recommendations.

To a query, the CM asserted that corona SOPs would be implemented in Ramazan bazaars while a collective decision would be made in consultation with NCOC about Namaz-e-Taraweeh.

Replying to a question about a cabinet reshuffle, the CM maintained the space for improvement was always there and the ministers’ performance was also regularly reviewed.

A separate district development package was being outlined, for the first time, and development schemes were being designed in consultation with public representatives, he said and added that this development package would be a part of the next budget and the due share of the districts would be given to them without caring for any likeness or antipathy.

He emphasized that no area would remain deprived of development as every district would be given its due share. Some naive friends falsely claimed that Punjab was in reverse gear because they could not witness the development process around them, he added.

State lands worth Rs. 450 billion had been recovered while work on 13 special economic zones was in progress, he said. Similarly, 12 new hospitals were being established and a plan had also been devised to establish a university in every district.