Swat Deputy Commissioner (DC) Junaid Khan has said that owing to the thrid-wave of COVID-19 and a surge in the number of virus-contracted patients, all the educational institutions across the district will remain close till April, 11. The Swat DC said this while meeting a delegation of journalists representing the Swat Electronic Media Association (SEMA), at his office here on Wednesday, in Saidu Sharif. He said, the decision had been taken by National Command and Operation Center (NCOC), and was part of nation-wide efforts to curtail the spread of the virus.

“Education activities are completely halted and no one is allowed to open them,” Junaid Khan said, adding that those found guilty of non-compliance would be dealt with according to the law. He declared the district administration had received instruction from the NCOC about putting an end to the virus spread and it was the duty of the administration to enforce those instructions. He also said the third wave was fatal and warned the virus could go out of control if necessary precautions were not followed. “It is the duty of everyone to be cooperative with the administration for the sake of the entire nation,” he added. 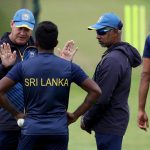 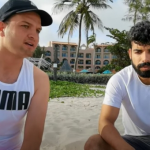