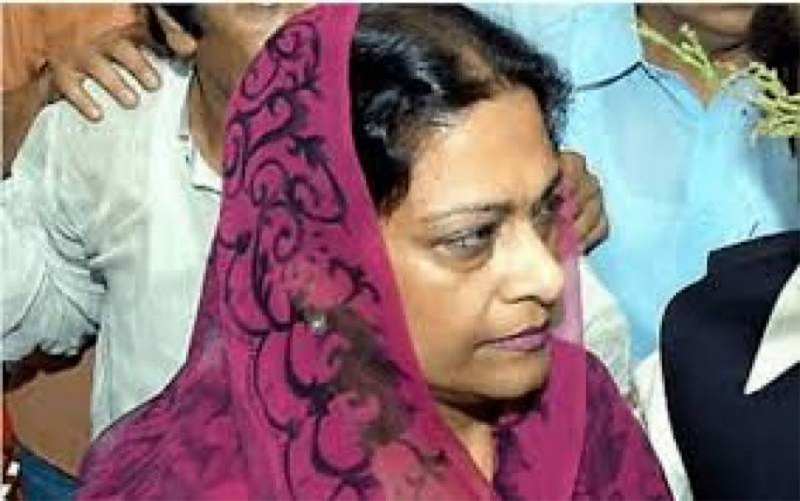 The Lahore High Court (LHC) has nullified the verdict of an accountability court that declared the wife of Shehbaz Sharif, Nusrat Shehbaz, a proclaimed offender in the Sharif family money laundering case.

Petitioner Nusrat Shehbaz had challenged NAB court’s order in LHC wherein her application seeking exemption from personal appearance was dismissed, arrest warrants were issued and proceedings commenced which had been started to declare her as proclaimed offender.

During the proceedings on Tuesday, NAB Special Prosecutor Syed Faisal Raza Bukhari argued that NAB has no objection if NAB’s three conditions are admitted.

“Which conditions are you talking about?” the bench remarked.

Nusrat Shehbaz’s counsel implored the court that they have no objection over these conditions.

The petitioner’s lawyer contended that the prosecution’s story against Nusrat is false, that she was the benamidar owner of various properties on behalf of her husband Mian Muhammad Shehbaz Sharif and she aided and abetted her husband in the commission of an offence of assets beyond means and money laundering.

In pursuance of knowledge regarding issuance of non-bailable warrants of arrest against the petitioner to procure her attendance, the petitioner filed an application to seek exemption from personal appearance under sections 75, 205 and 540-A CrPC read with enabling provisions of NAO 1999.

Her application was attested by the High Commission for Pakistan London. Her application was also duly supported by notarized and attested copies of Medical Certificates/opinions by qualified consultants clearly depicting that the petitioner was not fit for any air or long-distance travel being chair and housebound. Finally, her application was dismissed on November 2, 2020.

She contended that the impugned order proceeds upon the sole premise that the respondent Bureau (NAB) sought petitioner’s presence to answer a number of questions vide call up notices and the petitioner seemingly fled away to circumvent the investigation whereas the fact of the matter is that the petitioner had already proceeded abroad during January 2019 much before the issuance of any call-up notice and authorization of investigation. Hence, the premise made basis for dismissal of application is factually incorrect on the face of the record.