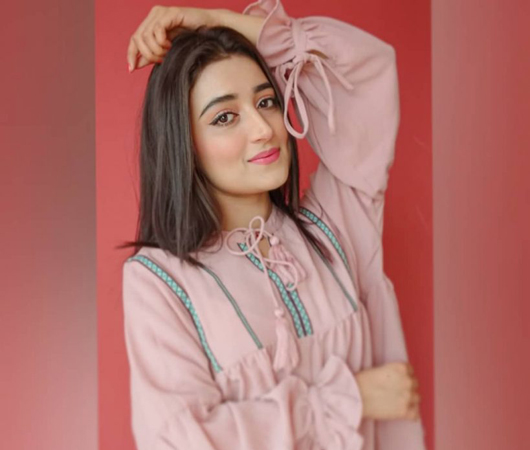 Twenty-four-year old actress Saba Bukhari made some startling allegations against a Pakistani director in an in-depth interview with Haider Rifaat on his YouTube talk show.

She alleged that a Pakistani director asked her to sit on his lap while shooting on-set for a drama.

She did not reveal the director’s name but shared the harrowing experience as part of the broader casting couch issue prevalent in Pakistan’s entertainment industry.

According to Bukhari, the director managed to cast her in the project despite pushback. “He said he really liked me,” she said. The actress felt discouraged at the moment and considered leaving because her talent went unnoticed. However, the director convinced her otherwise.

According to Bukhari, the director managed to cast her in the project despite pushback. ‘He said he really liked me,’ she said

“Working with him was really hard. I always felt fearful.” Saba remarks in the 18-minute long interview that puts the anonymous director on blast.

Saba found the director’s teasing tactics “extremely daring.” On another disturbing occasion, when Saba asked him where she should be seated, the director brazenly told her to sit on his lap while pointing at himself.

Bukhari claims that he openly said this in front of a senior actress. The same director tried to cast Saba in his next project but she declined the offer.

Saba Bukhari is a struggling actress in Pakistan’s leisure trade. She has appeared in Dukh Kam Na Ho on APlus TV, Rasam-e-Duniya on ARY Digital, Judai ARY Digital, and at present on-air Drama “Dil Na Umeed To Nahi” on TV One.