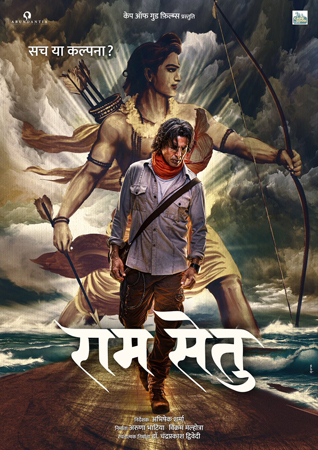 Megastar Akshay Kumar on Tuesday kick-started the shooting for his much-anticipated project `Ram Setu` and unveiled his first look from the film featuring him as an archaeologist.

The `Mission Mangal` star took to Twitter and termed the film as `one of the most special films of his career and shared a picture of himself in an intriguing avatar.

The picture sees the `Kesari` actor donning a pair of glasses as he sported neck-length hair. Sporting a clean-shaven look, the actor wore a grey shirt and wrapped a dark blue scarf around his neck. Bearing a geeky look the actor resembled an archaeologist.

The `Good Newwz` star captioned the post, “The journey of making one of the most special films for me begins today. #RamSetu shooting begins! Playing an archaeologist in the film.”

The actor also asked his fans to share their thoughts on his look from the film and added, “Would love to hear your thoughts on the look? It always matters to me.”

Akshay had announced the film on Diwali last year by releasing posters on his social media accounts.

He had also shared the first look poster of the film that revolves around the ideals of Lord Rama.

The film is being directed by Abhishek Sharma and is produced by Aruna Bhatia and Vikram Malhotra.

`Ram Setu` is an action-adventure drama that brings to light a story that is deeply rooted in Indian cultural and historical heritage.

The movie also features Jacqueline Fernandez and Nushrratt Bharuccha in pivotal roles. Following the film’s theatrical release, `Ram Setu` will soon be available for Prime members in India, along with more than 240 countries and territories. Amazon Prime will also be the worldwide exclusive streaming partner for the film.