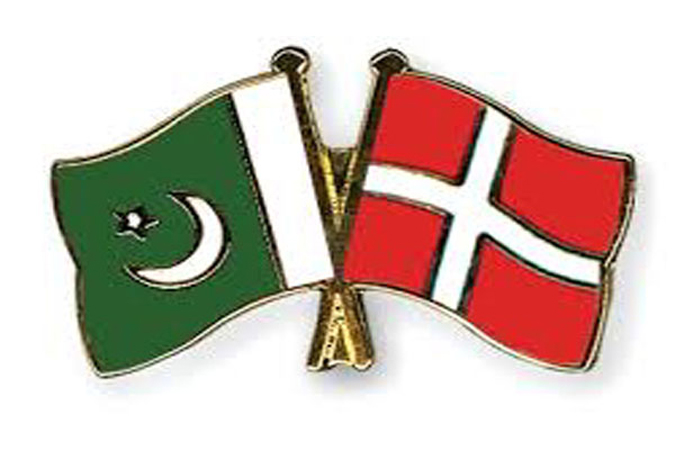 Pakistan and Denmark Monday formed a Joint Technical Working Group (JTWG) aimed at framing the terms of reference (ToRs) for government-to-government agreements in the field of energy.

The JTWG was constituted during a virtual meeting, co-chaired by Minister for Energy Omar Ayub Khan and Danish ambassador to Pakistan Lis Rosenholm, here at the Power Division, a news release said. Special Assistant to the Prime Minister on Power Tabish Gauhar and Secretary Power Division Zafar Ali Bhutta also attended the meeting.

A Danish team, comprising energy technical experts, presented a report and briefed the meeting on ways and means for increased cooperation in the renewable energy sector of Pakistan.

The two sides deliberated upon the findings and recommendations by the Danish Energy team on G2G (Government-to-Government) collaboration between Denmark and Pakistan in the energy sector, keeping in view the latter’s newly approved Alternative Energy Policy. The Danish team presented the report on technical support to Pakistan in renewable energy and energy efficiency sectors, underlining the need for strategic energy cooperation between the two countries.

Acknowledging the leading role of Denmark in clean and green energy at the global level, Minister Omar Ayub said Pakistan too embarked upon taping its huge indigenous potential of renewable energy. He said Pakistan’s new Renewable Energy Policy would bring opportunities for investors due to transparent policies introduced by the current government.

He said the government had set ambitious targets to introduce 25 percent renewable energy by 2025, and 30 percent by end of 2030 including 45 percent share of hydel power generation and 10 percent of nuclear energy into the energy mix of the country. Omar Ayub said the incumbent government had the required strong political commitment and innovative ways of expanding energy access, promoting renewable energy and increasing energy efficiency to meet the country’s every-growing energy needs.

He also stressed to join hands on projects like manufacturing of wind turbines and solar panels, reducing energy wastage, and enhancing transmission capacity of the system.

The minister formed a “joint technical working group to develop TORs for G2G agreements focusing on energy audit and demand forecast in the country.”

Appreciating Pakistan’s commitment to refurbish the energy sector, the envoy said the new renewable energy policy was more transparent as it provided a level playing field to all.

She said the G2G agreements would be based on equal partnership with prime focus on setting up a joint energy group for exchange of experience at both policy and operational level, so that the two countries could establish long-term strategic collaboration in the energy sector.

The minister appreciated ADB’s role as a trusted development partner of Pakistan especially in terms of the quality of the portfolio and support keeping in view the emerging needs of the country that includes ADB’s timely support to fight the COVID-19 pandemic.

The minister highlighted that despite challenges posed by COVID19 and worldwide contraction, the key economic indicators were showing encouraging results owing to the government’s strong commitment for the structural reforms.

The DG acknowledged the government of Pakistan’s commitment to reform the process and economic recovery.

He reiterated ADB’s commitment to work closely with the government of Pakistan to develop more meaningful projects aligned with the country’s needs and regulatory frameworks.