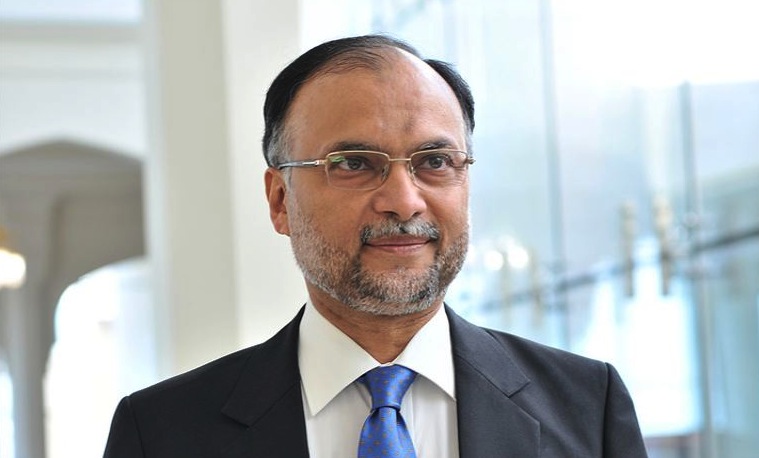 Pakistan Muslim League-Nawaz (PML-N) leader Ahsan Iqbal on Monday said the imposition of Rs 700 billion taxes through an ordinance is against the constitution of Pakistan, and called it a ‘breach of the parliament’.

As the National Assembly session commenced, the PML-N leader said according to the constitution of Pakistan, no tax will be imposed, reviewed, etc, without proper discussion and approval by the elected representatives of the people sitting in the parliament. All elected parliamentarians have taken oath to protect and safeguard the interests of the nation and run the government affairs according to the constitution of Pakistan, he maintained.

“Any type of money bill, including imposition of news taxes, is the privilege of the National Assembly, which can discuss, pass or even reject it. If the government imposes new taxes through an ordinance, then it should present national budget also through an ordinance,” Ahsan Iqbal said. “This is not the way to run the government,” he regretted. “According to the rules, the money bill shall be passed by the National Assembly only,” he said. “Therefore, after the word ‘shall’, all other doors have been closed by the constitution,” he asserted.

The PML-N leader told the National Assembly speaker that it is a constitutional matter and requirs proper ruling from the chair “because you are the custodian of this house.” He said the government should withdraw the ordinance and furnish the tax proposals before the National Assembly for discussion and approval. “Article 73 of the constitution says that imposing new taxes or changing present ones is done through a money bill, which cannot be enacted through a presidential ordinance. It is unconstitutional to impose Rs700 billion taxes through an ordinance,” he said, adding that if any new taxation is to be introduced, it should be presented before the elected representatives in the National Assembly and the taxes imposed through ordinance should be withdrawn.

Ahsan Iqbal also said that the incumbent government is ‘selling off Pakistan’s sovereignty’. He vowed that the opposition will not let State Bank of Pakistan become a ‘subsidiary of the IMF’.

Another PML-N leader, Khurram Dastagir, said ‘no taxation without representation’, meaning that no tax will be imposed without discussion and approval by the people’s representatives.

Minister for Industries and Production Hammad Azhar regretted that the previous governments ruined the tax system of the country by introducing tax measures through SROs. Responding to the points raised by PML-N leader Ahsan Iqbal, he said the present government has not taken any unconstitutional step vis-à-vis tax measures.

Adviser on Parliamentary Affairs Babar Awan clarified that the recent ordinance promulgated regarding tax measures is in accordance with the constitution. He said this ordinance will be laid before the Lower House for legislation. He said the government wants to take on board all the opposition parties on the matter of legislation. He said a bill will be introduced by the government for judicial reforms. He invited the opposition parties to give their input on the bill as well as on electoral reforms.

Speaker Asad Qaisar said no illegal action should be taken by anyone. He asked the opposition to forward names of three legal experts and from the government side, law minister, Baber Awan and attorney general will sit and resolve the issue properly.

Meanwhile, the speaker strongly condemned the killing of four youth in Jani Khel area of Bannu. He said effective measures need to be taken to curb such despicable incidents. He said those involved in the Jani Khel incident must be brought to book.

PPP leader Raja Pervaiz Ashraf expressed his surprise over the government’s decision to call the session at a time when the National Command and Operation Centre has decided to ban outdoor gatherings and the positivity rate of coronavirus cases in Islamabad has already crossed the double digit mark. “There is nothing special in the agenda and the only purpose is that the government is completing its number of parliamentary days,” he said, and suggested to run the Lower House through proper mechanism.