* Arshad Saeed Husain, Managing Director, Oxford University Press, Pakistan, said that while the world returns to the old normal, life as we know it has been reset 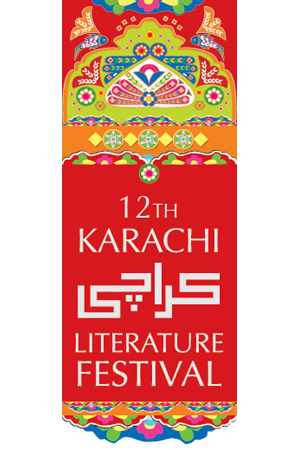 The 12th edition of the Karachi Literature Festival (KLF) was held digitally amid the rules of the new normal. This edition brought to the fore 150 speakers, scholars, literary icons, and authors from over 12 countries including the USA, UK, Australia, Germany, India, and Kenya. As many as 40 sessions were held that covered debates, talks, mushairas, poetry recitals, book launches, and readings. The theme of the KLF 2021 was “Imagining New Frontiers.”

During his welcome address, Arshad Saeed Husain, Managing Director, Oxford University Press, Pakistan, said that while the world returns to the old normal, life as we know it has been reset. He added that the pandemic has made us acutely aware that things in the future will simply not be the same. He said that there are new realities ahead that we must face and we need new approaches, ideas, and goals. The pandemic has compelled us to imagine new frontiers of medicine, digital, and working from home.

During the KLF 2021, intellectuals, artists, writers and policymakers debated, discussed and discoursed upon books, social issues and literary works. They shared ideas and insights covering a plethora of genres and fields of life. The keynote speaker of the event was Vali Reza Nasr, an Iranian-American academic and author specializing in the Middle East and the Islamic world. He said that we are at a pivotal moment in world politics. The Muslim world and Pakistan must move forward in this new environment. He mentioned that structural shifts at the global and regional levels have put South Asia and other regions in a new context. He added that we are now observing a change in this structure with the rise of China. US and China view each other as adversaries and see regions of the world as arenas of competition, he added.

During the KLF 2021, intellectuals, artists, writers and policymakers debated, discussed and discoursed upon books, social issues and literary works. They shared ideas and insights covering a plethora of genres and fields of life

Several book launches were also held at KLF 2021. These included Fragrance of Tears: My Friendship with Benazir Bhutto by Victoria Schofield; Out of Print: Ten Years: An Anthology by Indira Chandrasekhar; A Beautiful Despair: The Art and Life of Meher Afroz edited by Niilofur Farrukh; The Smile Snatchers: A Novella by Mian Raza Rabbani; Reminiscences of my Wanderings by Arif Kamal; No-Win War: The Paradox of US-Pakistan Relations in Afghanistan’s Shadow by Zahid Hussain; Unravelling Gordian Knots: The Works and Worlds of Dr. Ishrat Husain by Sibtain Naqvi; The Silk Road and Beyond: Narratives of a Muslim Historian by Iftikhar H. Malik; Countering Violent Extremism in Pakistan: Local Actions, Local Voices by Anita Weiss; Agents of Change: The Problematic Landscape of Pakistan’s K-12 Education and the People Leading the Change by Amjad Noorani and Nadeem Hussain.

It is indeed heartening to see how KLF 2021, as seen in its previously held editions, did host Urdu sessions. Leading literary figures with a vigorous command over the language were among the speakers and moderators of as many as ten such sessions that included a mushaira presided over by Iftikhar Arif. It showcased poets with national and international eminence. Indeed, the KLF 2021 presented a diverse range of opinions, perspectives, and notions regarding arts, culture, literature, and society that broadened the horizon of the audience. Akin to previously held KLF, the 2021 edition despite being organized digitally, delivered literary insights, shared cultural truths, and explored arts, language, and society in detail.