Would you cross it? The double-deck ‘bendy’ glass bridge in China is extraordinary 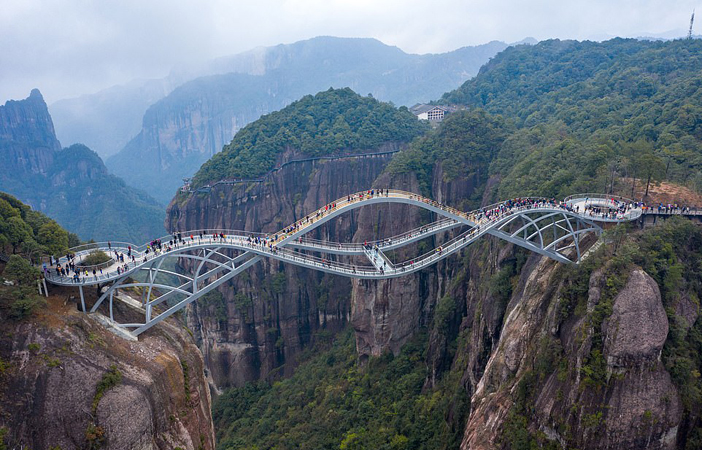 For some, this is a bridge too far. These pictures show a double-deck glass bridge in China with a mind-boggling undulating design that is just too scary for some people. When video footage and pictures of the structure – called the Ruyi Bridge – emerged on social media channels some users said they’d never have the courage to set foot on it. And some were so incredulous they declared that the bridge, which sits 140 metres above a ravine, was fake. After seeing drone footage of the bridge on Twitter, Dan Grassi wrote: ‘If this is real there would be a location, so I call it fake.’ And after seeing a clip of the crossing on YouTube, ‘oceans’ demanded: ‘[The] latitude and longitude of this “bridge” or it didn’t happen.’ Posting a video of the bridge, astronaut Commander Chris Hadfield joked on Twitter: ‘I’d want better handrails.’ In reply, Coleen said: ‘And an adult diaper changing station at either end.’