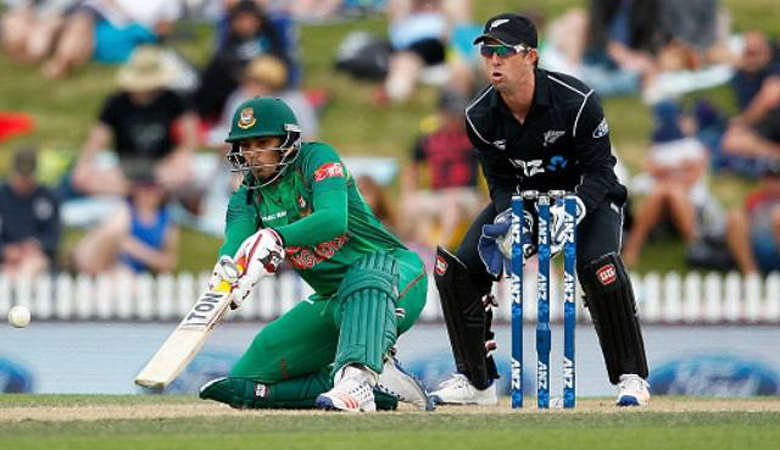 NAPIER: A win remains elusive for Bangladesh while New Zealand have their eyes on claiming an unprecedented ninth consecutive home series. Going by their form and confidence in the three ODIs and the first T20I in Hamilton, Napier is appearing to be a repeat: Bangladesh being left behind by New Zealand’s high-octane cricket. The charge is being led by Devon Conway, who made his international debut at the start of the 2020-21 season, and now has scores of 72, 126 and 92 not out in his last three innings. His innings included some beautiful shots, as well as periods when he let Will Young, on debut, go after the bowling. Glenn Phillips provided the flourish as they combined to blast 101 runs in the last seven overs in Hamilton. Later it was Ish Sodhi whose four wickets in eleven balls sunk Bangladesh completely.

Only Mohammad Naim with his 18-ball 27 at the top and Afif Hossain’s 45, after they lost six wickets, looked comfortable against New Zealand’s pace attack. Liton Das and Soumya Sarkar continued their slump while Mohammad Mithun and Mahmudullah couldn’t bring their ODI form to the first T20I. Bangladesh’s bowling wore an experimental look, with Taskin Ahmed and Rubel Hossain rested despite both bowling at good pace and showing discipline in the third ODI in Wellington. Mustafizur Rahman and Mohammad Saifuddin couldn’t contain New Zealand’s scoring, while newcomer Shoriful Islam, despite all his promise, made a nervous start.

While stranger things have happened in cricket, it just doesn’t seem like Bangladesh have it in them to turn things around on this tour. They have looked listless under pressure every time, particularly reflected through their lackluster fielding. New Zealand are a formidable opponent particularly at home and even though they are without half of their best T20 players, they don’t look like stopping against these visitors.

Ish Sodhi has already taken 20 wickets at 13.75 in T20Is during the 2020-21 season. He needed only 11 balls to tie up the Bangladesh batsmen in Hamilton, picking up four wickets. Sodhi will be a menacing factor in the remaining matches. Mohammad Naim sparkled briefly in Hamilton, hammering 27 off 18 balls with five fours. Premeditation against Lockie Ferguson brought about his wicket, but he looked mostly comfortable driving the New Zealand quicks. With a series win to confirm in Napier, New Zealand may remain unchanged in the second T20I. However, including Adam Milne could be a temptation against a struggling opposition. Bangladesh will sweat on Mushfiqur Rahim’s fitness, while Najmul Hossain Shanto could replace Soumya Sarkar at No. 3. Either one of Taskin Ahmed or Rubel Hossain can also expect to play.