FEBR demands legislations through parliament for protection of taxpayers’ rights 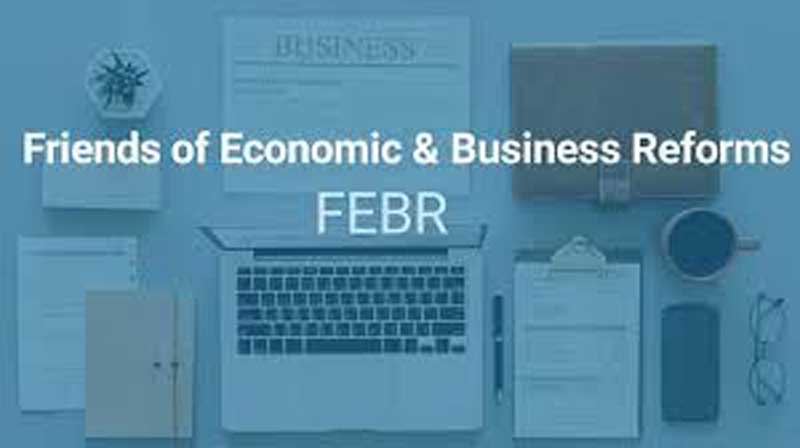 Friends-of-Economic-and-Business-Reforms-(FEBR)The Friends of Business and Economic Reforms (FEBR) President Kashif Anwar Sunday asked the government to give due respect to the taxpayers and safeguard their rights through legislation against the misuse of discretionary powers by the FBR.

He called for creating harmonization between Sales Tax and Income Tax laws by removing those provisions which conflict with each other, suggesting to enhance tax base by automation and integration of revenue departments with other public entities.

The FEBR President said the sustainable solution to Pakistan’s problems lies in the structural reforms, as we can see very large inefficiencies in tax collection, which needs to be removed. So, the tax compliance must be improved and tax base be broadened, which cannot be achieved with a single policy change, but by a systemic approach. He said that only direct taxes can improve tax collection, as the existing tax system is heavily skewed toward indirect taxation.

Kashif Anwar said the non-filers, who are outside the tax net, are not accounted for at all, which discourages businesses to come into the tax net, calling for legislations through parliament for protection of the rights of the existing taxpayers. Registered businesses are required to comply with various departments involving a lot of financial and time resources, whereas unregistered businesses are free from all such hassles, he maintained.

Kashif Anwar said that in the past instead of focusing on controlling under-invoicing, curbing smuggling and expanding the tax net, the FBR seems to be inclined to pressurize registered taxpayers, who are already suffering due to a high rate of sales tax, income tax, and custom duties by creating fictitious cases for recovery of outstanding dues to meet revenue target.

He also rejected the frequent increase in the energy prices of gas and electricity, as the move continues to make Pakistan’s products uncompetitive in the international market.

Pakistan’s exports have been struggling for a long time and to counter that he called for continuation and consistency in long-term policies.

He said that enacting structural reforms, such as improvements in tax collection system, bureaucracy and ease of doing business requires major political will and strict implementation of policies, he added.

FEBR President said the current account deficit contracted to a large extent, foreign exchange reserves increased, and now there is need to ease core inflation. Importantly, export-based manufacturing showed signs of traction and construction activities picked up, indicating that the economy was on the path of recovery. However, further improvements need serious structural reforms to put the economy on a firm path of sustainable growth.