Liam Neeson’s son: I had to audition for part alongside my father 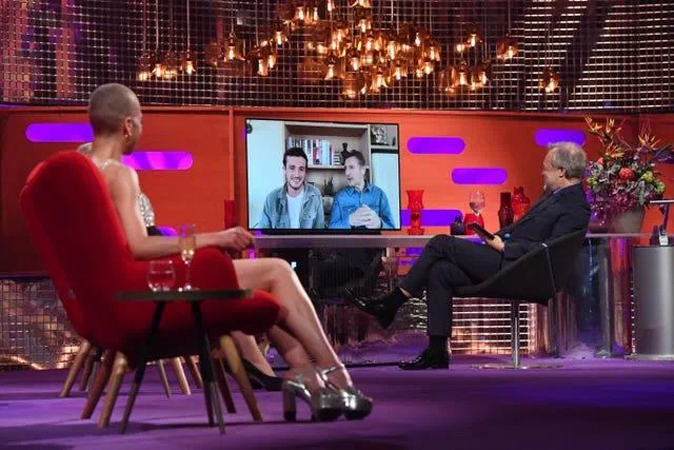 Liam Neeson’s son has said he auditioned for a role to star alongside his famous father “for his own dignity”. Northern Irish star Neeson, 68, and Micheal Richardson appear together in Amazon Prime Video’s comedy drama, Made in Italy.

Richardson, 25, is one of Neeson’s two sons with late wife, Natasha, who died aged 45 following a skiing accident in 2009.

Richardson told The Graham Norton Show: “I auditioned for the part for my own dignity. I didn’t just want to be handed the part because he’s my dad”. Neeson replied: “You auditioned? I didn’t know that!”

Made In Italy sees them play artist Robert (Neeson) who returns to Italy with his estranged son Jack (Richardson) to sell a house they have inherited from Robert’s late wife.

Appearing via video, Neeson said of playing a father-son duo who have lost a wife and mother: “We can very much relate to that. When I read the script I thought, ‘Oh my gosh, this is a bit near the knuckle’, I felt a churning in the gut, but thought it would be great to do and to do it with my son.”

He added: “It was cathartic in a way – the way in which art sometimes can be. There were some very delicate emotional scenes, and I could access the emotion without any problem, I didn’t need days to build up to it and I thought Micheal would be the same.

“We had such a delicate producer and such a supportive crew that we felt wonderfully comfortable.”

Natasha, the daughter of actress Vanessa Redgrave, married Schindler’s List star Neeson in 1994. She was a renowned actress in her own right, having won plaudits for her Broadway performance in Cabaret, as well as starring in films including Nell and Maid in Manhattan.

Asked about growing up with famous parents, Micheal said he had watched their movies but that it was “kind of traumatising at the age of five seeing my dad sliced in half by a lightsabre or blown up in an explosion, and also kissing somebody else – as a kid I thought it was CGI or some Hollywood effect.”