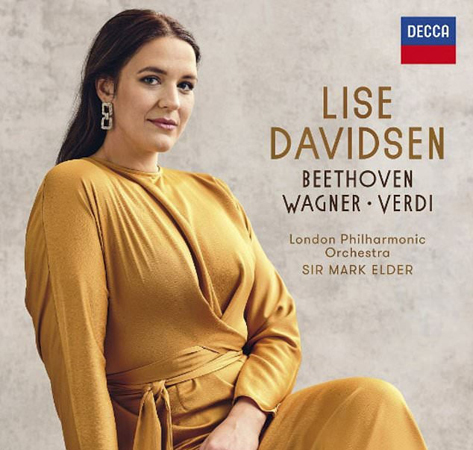 To open her new album, the Norwegian soprano Lise Davidsen revisits the role that provided her most recent operatic triumph. It´s a smart choice for this eclectic collection of arias and songs. As Leonore, the wife determined to free her unjustly imprisoned husband in Beethoven´s “Fidelio,” Davidsen created a sensation at London´s Covent Garden before the run was cut short by the pandemic a year ago.

It´s easy to see why. Her voice moves seamlessly from outrage to tranquility to heroic resolve. And throughout the aria she demonstrates the combination of purity and power that at age 34 have made her unique among today´s sopranos.

The same mastery of mood changes marks her performance of Beethoven´s concert aria “Ah! Perfido,” the lament of an abandoned lover.

Two more scorned women are on display in excerpts from Cherubini´s “Medea” and Mascagni´s “Cavalleria rusticana.” The latter shows her comfortable in verismo territory, infusing a bit of Sicilian warmth into her innately cool, Nordic sound.

The two Verdi roles represented here are the only ones she has not sung on stage and they are a study in contrasts. Leonora´s “Pace, pace mio Dio” from “La Forza del Destino,” is a vehicle for a dramatic voice, and the high B-flat scream at the end is appropriately chilling. In Desdemona´s “Ave Maria” from “Otello,” Davidsen scales back her voice to achieve some lovely effects – like the way she begins the final syllable of “Amen” quietly and gradually increases the volume to evoke her anguish.

The soprano switches gears for the final third of the album with Wagner´s five “Wesendonck Lieder,” songs he composed while working on “Tristan und Isolde.” In fact, two of the songs contain themes on which he elaborated in that opera.

Wagner wrote the songs for piano accompaniment and later orchestrated one of them, “Träume” (“Dreams”). The others are heard in versions orchestrated by Felix Mottl and played by the London Philharmonic Orchestra conducted by Mark Elder.

For many listeners these performances will be the album´s chief attraction, since Isolde is a role Davidsen plans to take on in a few years. Judging by her luminous singing here, it will be worth the wait.