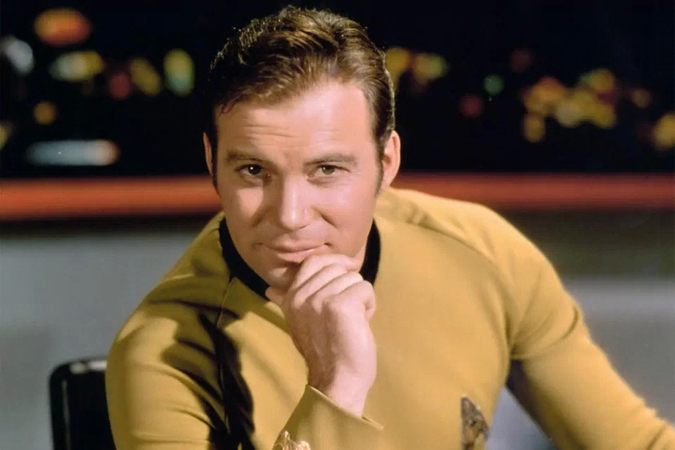 Since its debut in the 1960s, Star Trek has been a franchise that’s lived long and prospered. The beloved sci-fi TV series, created by Gene Roddenberry, has spawned countless television spin-offs and movies, and garnered legions of fans. And the original Captain Kirk, William Shatner, has some ideas about just why the series has endured. “We’re on the verge of extinction,” the actor said ominously while sitting down for the latest episode of PeopleTV’s Couch Surfing. “We are poisoning ourselves out of life, and the Earth will survive and this little cancer, mankind, that’s growing all around her will die off the way a body gets a temperature and kills the germs off. Mother Earth will get rid of us because we’re a pestilence. But we don’t have to be. And we can join with the rest of life that makes it here on Earth with equanimity.” Shatner added that Star Trek, which imagines life on Earth and beyond far in the future, offers a sense of optimism amid the dread. “The fact that Star Trek exists 400 years from now is sort of a promise that if we do those things, we will, your children, your grandchildren will continue to live and live in fairly decent circumstances if you follow what we’re supposed to follow,” he mused.