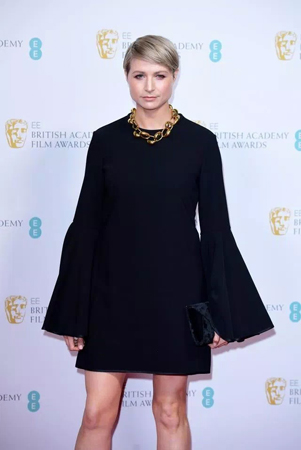 Niamh Algar has said it is “good” to have imposter syndrome because it reminds her how important her job is. The actress made the comments during a livestreamed discussion for Bafta after being nominated for best supporting actress for her role in Calm With Horses ahead of the film academy’s annual awards ceremony. Algar said she has met actors and actresses who she admires who also feel like imposters in the industry. “I think it’s good to have imposter syndrome because it reminds you of how important the job is,” she said during the event on Friday. “I have got nieces and nephews and they constantly remind me that what I do is fun and it’s meant to be fun and you are meant to be playing pretend.” She said that meeting other actors and actresses she admires who also feel like they are imposters in the industry is a “humbling” experience. Algar added that if people in the industry were to begin feeling like they had earned the right to be employed the work is “no longer an artform, it just becomes this job”. “I remember when I told my parents when I wanted to be an actor and they looked at me like I had 10 heads, and I think they still do,” she said.