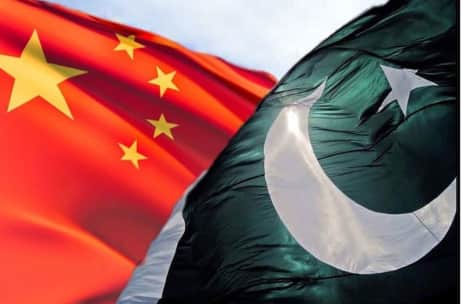 China-Pakistan cooperation in seed is high on the agenda as the CPEC enters the second phase to focus on agriculture cooperation and other sectors of social welfare, according to a report published by China Economic Net (CEN).

At the China-Pakistan Seed Industry Cooperation and Exchange Forum held last week, agricultural experts from China and Pakistan offered insights on how to further promote bilateral cooperation in the seed industry.

Dr Zhang Shengquan of the Beijing Academy of Agricultural and Forestry Sciences said, “In 2012, we carried out joint R&D on two-line hybrid wheat in Pakistan, and achieved an average increase of more than 20 % in wheat production, and last year, we brought that figure to 50% and even up to 70%.”

The potential of China’s hybrid wheat is emphasised by Shahzad Ali Malik, CEO of Guard Agri, during his interview with CEN. The reasons for limited wheat production in Pakistan include low yield potential of seed varieties, mismanagement, high temperature and drought, and severe rust damage, etc. Drought-resistant and infertility-resistant traits of Chinese hybrid wheat make it a suitable variety to be introduced in Pakistan. Dr Li Hui from the breeding team of the Hebei Academy of Agricultural and Forestry Sciences said that China’s Hebei, with its natural conditions similar to those of Pakistan, has been dedicated to the R&D of draught-resistant, water-saving wheat varieties to achieve replicably stable and huge production.

The report says that nearly 30 water-saving wheat varieties bred by his team are expected to be introduced into Pakistan through the China-Pakistan Agricultural and Industrial Information Cooperation Platform. Pakistan has long been a huge soybean importer, with its import volume increasing annually and consuming colossal foreign exchange reserves.

Dr. Irfan Afzal, associate professor at University of Agriculture, Faisalabad said that Pakistan began to cultivate soybean as early as 1960s, but due to natural conditions, especially overlapping planting time of soybean and wheat, “we only have 120 days for soybean cultivation each year, but Brazil, the soybean powerhouse, has six months.”

The intercropping technology was once hailed as a possible second Green Revolution in grain and soybean production in Pakistan by Syed Hussain Jahania Gardez, Provincial Minister of Punjab for Agriculture. At the forum, he said CPEC can support agricultural development and help achieve the goal of agricultural modernisation in Pakistan, especially for poor regions. He hoped to develop such fields “as high-quality rice variety research, irrigation systems, agricultural mechanisation, and we also want to work with China in more fields including cotton production, R&D of hybrid seeds in maize.”

The intercropping technology was acclaimed by the Minister mainly for four reasons, Professor Yang Wenyun of Sichuan Agricultural University explained. First, the technology can greatly save foreign exchange reserves arising from Pakistan’s soybean imports. Second, maize-soybean intercropping can achieve a planting and breeding cycle, which lead to increased farmers’ income and reduced environmental pollution by facilitating the raising of cattle and sheep. Third, it can make the land fertile with green and sustainable approaches. Fourth, Pakistan can enhance crop breeding and cultivation and its mechanisation level by introducing Chinese soybean varieties and cultivation technologies including seeders, sprayers and harvesters to the country.

Hezhong, Director of Cotton Research Centre at Shandong Academy of Agricultural Sciences told CEN that China currently accounts for 25 % of the world’s cotton production, with 12 % of the world’s planting area. The high cotton productivity in China is due to the “dark technologies in cotton cultivation. Pakistan urgently needs to increase cotton yield per unit area. According to the Ministry of National Food Security and Research of Pakistan and the Pakistan Bureau of Statistics, Pakistan’s cotton production will reach 7.7 million bales in FY2020-2021, with demands for at least 6 million bales yet to be met due to a 10% decrease in cotton acreage.

Jawed Salim Qureshi, CEO of Four Brothers in Pakistan expressed the desire for urgent cooperation, “we are in urgent need of cooperation with China in terms of cotton cultivation. Pakistan needs to deal with pests and the impacts of global warming on cotton yield, he added.

The agricultural sector between China and Pakistan, scientific research cooperation will not only contribute to Pakistan’s cotton production, but also to the global cotton production, and we would like to see Pakistani products exported to all parts of the world, “he said.