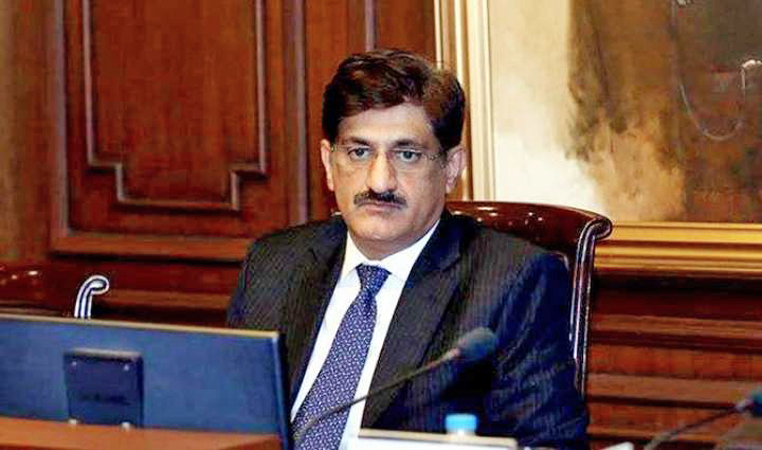 Sindh Chief Minister Syed Murad Ali Shah has directed to complete development schemes in various sectors to benefit the people of the province.

Presiding over different meetings to review progress of development schemes of the three departments on Saturday, the chief minister directed the official concerned to accelerate work on the ongoing schemes. He directed that livestock & fisheries, university & boards and law & prosecution departments to complete their ongoing schemes so that fiscal space could be created for taking new initiatives. He called for further strengthening livestock and fisheries sectors so that export of fisheries and halal meat could be initiated at large scale. The meeting was informed that Rs4,346.089 million have been released for 26 schemes of livestock and fisheries department, of them 22 are ongoing and 4 are new. The total portfolio of the schemes is Rs10,451.448 million which shows a throw-forward of Rs6,105.359 million.

The ongoing schemes have an allocation of Rs1,058 million against which Rs384.230 million have been released and Rs168.169 million have been utilised which shows 43.77 percent expenditures of the released amount. The chief minister directed the livestock & fisheries department to expedite completion of their ongoing schemes so that they could be removed from the budget book in the next financial year.

The meeting was informed that universities and boards department has launched 46 schemes – of them 44 are ongoing and two are new – with an allocation of Rs33,813.70 million against which expenditures up to June 2020 have been recorded at Rs10,967.202 million indicating throw-forward of Rs22,846.506 million.