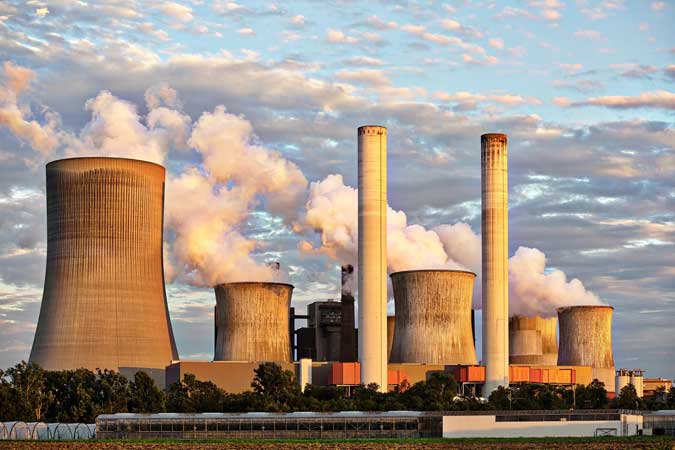 A Myanmar-born US perfume entrepreneur became a curiosity last year when she became the nation´s top buyer of oil-and-gas leases at the Trump administration’s federal auctions, despite having no apparent energy background.

Since July, Levi Sap Nei Thang has spent about $3.7 million on nearly 300 government leases covering 133,000 acres in 12 states. She told Reuters at the time that she was keen to produce oil on the parcels.

A Reuters examination of her dealings reveals she pursued a different strategy: selling the leases to other Burmese immigrants at inflated prices after billing them as great investments on social media, according to interviews with seven buyers and others familiar with her business, along with sales agreements and leasing documents they provided.

Reuters confirmed four cases in which Thang sold one or more drilling leases to Burmese immigrants for prices ranging from one-and-a-half to 13 times what she paid. Thang made nearly $335,000 in the cases reviewed by Reuters, buying the leases for about $215,000 and selling them almost immediately for more than $550,000.

Three of Thang´s buyers told Reuters they had met many others who described themselves as buyers of her leases, but Reuters could not determine the full scope of Thang´s lease sales, which are private transactions. In October, Thang invited dozens of buyers to Wyoming to meet her and tour their parcels, according to a buyer who attended. Photos and videos posted on her Facebook page show her with groups of smiling people in windy, cold weather. Thang told the buyers they were more like her “friends, siblings and families,” one video shows.

Federal and state records show Thang has not transferred ownership of the drilling rights to the four buyers who told Reuters they purchase leases from her. Thang´s company is still listed as the owner of those parcels in government records. Of the nearly 300 leases Thang won at state and federal auctions, only two have been reassigned, both to the same new owner, according to a Reuters review of state and federal lease registries.

In order to transfer ownership of a lease, both buyer and seller must submit a signed form to the state or federal land office. Reuters could not ascertain why Thang´s company continued to be listed as the owner of parcels that buyers said they had bought from her and paid for.

In the biggest sale confirmed by Reuters, the owner of a sushi business in Texas, Tha Cin, gave Thang $510,000 in multiple payments last year for two leases in New Mexico that Thang had bought that summer for about $200,000, according to Cin and her lawyer, copies of the sale agreements, and lease records.

Despite Cin´s purchase agreements with Thang, dated in early September, federal and state leasing documents still showed Thang´s company as the owner of the parcels as of Friday. That surprised Cin´s lawyer, Jeff Vaughan.

Cin said she was moved by Thang´s spiritual references in Facebook videos. “All our money was taken by the person who we believed and trusted, who talked about God all the time,” she said.

Three other buyers told Reuters that they have asked Thang to return their money. One said she got her money back and another said he got only a portion back.

Thang and her lawyer did not answer Reuters´ questions about her oil-and-gas lease dealings. But Thang on March 8 issued a statement on her website saying: “Everyone who purchased from me did so by their own will. I have the right to sell to who I want to, when I want to, and for what price I set.”

Thang´s lease-flipping illustrates vulnerabilities in the US government’s oil-and-gas leasing program, which generates public revenue from development on federal lands. The problem: Minimum bid requirements are $2 an acre, a level that has not been lifted in decades, making it easy for speculators with no intention to drill to secure acreage at deflated values in times of low demand, then resell at a profit. Thang purchased about a quarter of all the federal acreage sold between August 2020 and January 2021, according to government data.

Critics of the low bid requirements say that raising them would deter speculators and raise more revenue for public coffers. “They are getting like a bargain-basement IPO on our natural resources,” said US Representative Katie Porter, a Democrat from California, the new chair of the House Natural Resources Subcommittee on Oversight and Investigations. Porter has submitted a bill to raise minimum bids to $5 per acre.

The Trump administration sought to maximize domestic oil-and-gas production by offering as much federal land as possible – more than 26 million acres over four years. But due to low demand for leases, driven by low oil prices, only about a quarter of the acreage sold, driving lease prices to rock bottom.

The US Department of the Interior, which manages the lease auctions, declined to comment on the risks of speculation in the leasing program.

The oil-and-gas industry rejects the argument that the leasing program´s low-minimum bids lure speculators, and believes raising minimum bids would deter investment from oil firms. One trade group said the Biden administration should simply revoke Thang´s leases because she is not a US citizen.

“It´s a simple fix to a rather bizarre case that says nothing about the broader leasing program,” said Kathleen Sgamma, president of the Western Energy Alliance. Thang, a permanent US resident, used a US-registered company to buy her leases, which is permitted under the federal leasing program. President Joe Biden last month suspended new leasing auctions pending a comprehensive review of the federal drilling program. The review will weigh the environmental costs of developing fossil fuels against the public revenue it provides.

Spokespeople for Trump and for Biden´s White House did not respond to requests for comment.

Thang immigrated to the United States 20 years ago. She has since become a minor celebrity in the Burmese immigrant community, describing herself on Facebook as a devout Christian, a successful businesswoman, and a philanthropist. Her followers include many refugees from Myanmar fleeing military abuses against ethnic minority groups. The United States has taken in about 175,000 Burmese refugees since 2007, US government data shows.

Thang started snapping up cheap oil-and-gas leases last summer and marketing them to the more than 600,000 followers of her Facebook page. In videos, Thang told her followers that they could make enough money with oil leases to abandon making sushi, a common profession among Burmese immigrants.

Texas sushi entrepreneur Cin was among Thang´s first buyers. In June, she contacted Thang, who convinced Cin to invest $510,000 – her life savings – in New Mexico acreage, she said. “She also told me to quit my job, my sushi business, and come live in New Mexico because I will be making between at least 3,000 to 4,000 barrels per day,” said Cin. She said Thang told her she would “become rich like her, travel around the world, do missions together.”

Cin grew suspicious after visiting the acreage in September, guided by a relative of Thang´s, who couldn´t answer most of her questions. “I felt like something was wrong,” Cin said. She found out later that Thang had acquired the acreage for just $200,000.