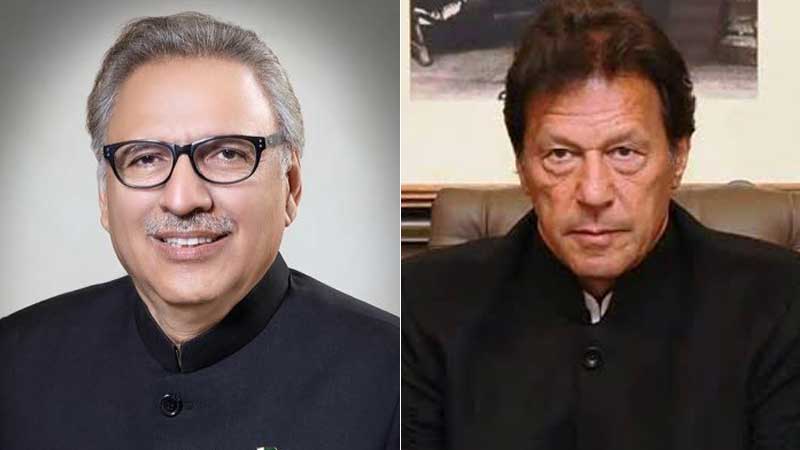 As the nation observed Pakistan Day on Tuesday, President Dr Arif Alvi urged the countrymen for continuous efforts to make the society humane and inclusive, besides upholding democratic values and rule of law.

“On this historic day, we vow to continue our struggle to make our society humane, inclusive and tolerant to the minorities residing in Pakistan. We also pledge to uphold democratic values, rule of law and the Islamic way of life in our country as envisioned by our founding fathers,” the president said in his message to the nation on the Day.

He paid homage to the founding fathers of Pakistan, whose services and sacrifices led to the creation of a separate homeland for the Muslims of the Sub-continent.

He urged the countrymen to remember the Kashmiri brethren, who had been subjugated for over seven decades by the Indian security forces. They had been subjected to the worst form of repression and state-sponsored terrorism, he added.

“We pledge our commitment to continue to support the Kashmiris in their just struggle for their right to self-determination,” he vowed and urged the world to take notice of blatant human rights violations being committed by India in the Indian Illegally Occupied Jammu and Kashmir.

President Alvi said the key to durable peace in South Asia was resolution of the Jammu and Kashmir dispute in accordance with the relevant United Nations Security Council resolutions.

“Today, we also salute our heroes, particularly the health workers and other agencies concerned, who played a great role in containing Covid-19 and providing healthcare to the people in the hour of need,” he said.

Dr Alvi lauded the health professionals for their untiring efforts, who selflessly served the nation during the crisis.

The president also urged the countrymen to follow all anti-Covid Standard Operating Procedures to overcome the third wave of the pandemic.

“I am sure that with unity, faith and discipline we can overcome any challenge that comes our way. May Allah be with us all,” he remarked.

Pm message: 23rd March, 1940 was a momentous occasion when the Muslims of the Sub-Continent decided to establish a separate homeland to free themselves from the shackles of oppression and slavery of the hindutva mindset.

Today, we pay tribute to the Father of the Nation and all the leaders of the Independence Movement who united Muslims of British India and struggled for creation of a free and independent Muslim State. The struggle culminated in the emergence of Pakistan on the map of the World on 14th August, 1947.

While commemorating this day, we need to adhere to the principles of Unity, Faith and Discipline given by Quid-e-Azam Muhammad Ali Jinnah. Our vision is to transform Pakistan into a truly democratic welfare State, on the model of Riyasat-e-Madina. Our great nation has successfully overcome challenges of immense magnitude in past through unity and resilience.

Today, we need to remain strong to face the pandemic that has engulfed the entire World. InshaAllah, we will succeed in these testing times. On this day, we also express solidarity with the innocent people of IIOJK who have been subjected to worst form of state oppression by Indian security forces.

We salute their courage and will continue to support them morally, politically and diplomatically for realization of their right to self-determination under relevant UNSC Resolutions. Today, let us renew our commitment to make Pakistan a humane, progressive and prosperous state akin to Riasat-e-Madina based on rule of law, meritocracy, egalitarianism and compassion.

May Almighty Allah grant us strength to remain steadfast during all testing times. Pakistan-Paindabad.