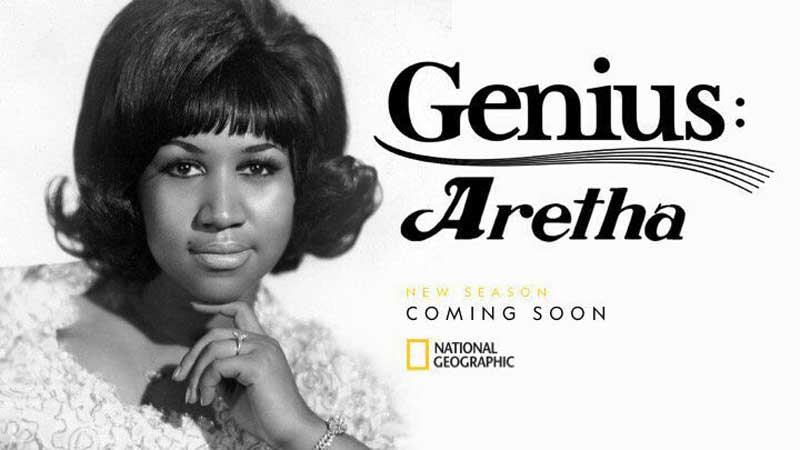 There’s a moment deep into “Aretha” that encapsulates why the third season of National Geographic’s “Genius” series chose Aretha Franklin as its latest brilliant subject of study. As with many of the show’s most effective scenes, it takes place in the recording studio with Aretha (Cynthia Erivo) listening intently to her surrounding band before directing them to change course, slow down, and most often, just plain keep up. This time, though, something intangible is off. Aretha silences the room to scan it with a quiet, penetrating stare. Behind the glass, her agent (Kimberly H?bert Gregory) and producer (David Cross) furrow their brows in worry, but also a palpable frisson of excitement at what’s to come from their most prized client. Finally, Aretha points to her piano’s closed lid.

A lanky member of the band scurries off-screen to retrieve it, presumably from the depths of a wastebin. He hands it over to an unsmiling Aretha, who just wants to get on with her work. And so she does, placing the box meticulously back at its previous angle, sitting at the piano, and pounding out the opening notes of a new hit record with the focused determination and staggering voice that made her the Queen of Soul.

Throughout the first seven episodes of Suzan Lori-Parks’ “Aretha,” which spans eight installments in total, it’s moments like this that demonstrate the singer-songwriter’s genius in action with the straightforward narrative and confidence it requires. While inconsistent overall, the series shines brightest when it gives Aretha time and space to take the stage, whether that be in a recording studio, on a variety show, or at the pulpit of a Baptist church swelling with the joy of grateful prayer. Played as an adult by Erivo and as a child by newcomer Shaian Jordan, Aretha’s undeniable talent is the crucial pulse of the series bearing her name. Watching Jordan as a young Aretha, slowly learning how to own her presence after her enigmatic preacher father, C.L. (Courtney B. Vance), pushes her into the spotlight, and Erivo unleashing her astonishing voice unto Franklin’s greatest hits and dearest gospel anthems, is powerful stuff. A scene toward the end of the first episode in which the young singer gets her first real opportunity to show her church what she can do — as the black-and-white flashback explodes into color — is a moving portrayal of a master in the making.

Whenever “Aretha” broadens its scope outside the performer’s clear musical gifts, however, it succumbs to a baffling series of structural decisions that tangle the characters and storytelling in frustrating knots. The first episode flashes between her childhood and her being crowned — quite literally, as is maybe not well remembered — the Queen of Soul, setting up parallel narratives of a shy Black girl gaining agency through her talent alongside her doing the same as a Black woman challenging an oppressively white industry. But that’s not exactly what happens as the show continues. Instead, it flashes between Aretha’s past and present so frequently and with such little connective tissue that it often takes half a scene to remember where and when we are. (More so than the writing, the costuming, production design, hair and makeup, near impeccable across the board, root the narrative in a more immediately tangible history.) In a smaller but nevertheless revealing bit of esthetic confusion, the pilot’s gambit of contrasting the past’s fraught moments in black and white with happier ones in full color continues in future episodes at random, with terrible and triumphant moments alike presented in both forms. The result is a confounding hodgepodge of unrelated themes and ideas, as if the creative team looked at everything it had and embarked on a frantic copy/paste effort to jazz it up.

And as with so many other biopics, “Aretha” walks right into the trap of depicting too much, and somehow not enough, of its subject’s life. For one example: the shock of men taking advantage of a young Aretha on the gospel circuit, leading to her getting pregnant at 12 years old, hits hard in large part thanks to the casting choice of Jordan, a child, instead of an older actor. But with too much else to cover, that initial burst of horror is about all the series affords this momentous event in her life.

Later, Aretha’s embrace of the civil rights movement at least gets more time, but still lacks much nuance as the script ditches subtext altogether. “Mass incarceration, racial injustice — it just makes me want to holler,” Aretha muses at one point while watching a news report. Thirty seconds later, she decides to record a protest album because “it’s time to take a stand.” While the show gets eight hourlong episodes to tell her story, it’s constantly rushing to hit all the bullet points. That “Aretha” has the blessing of Franklin’s estate and counts Atlantic Records CEO Craig Kallman and ?ber-producer Clive Davis among its executive producers is touted as an asset, but it wouldn’t be surprising to learn that the involvement of so many invested parties mostly just muddled the mission beyond recognition.

It’s a shame to watch “Aretha” collapse in the scramble to do right by the woman it holds in such high esteem. No actor has a real opportunity to make an indelible impression (though Vance and Antonique Smith, as Aretha’s beatific mother, Barbara, get closest in extended flashbacks). Even Erivo has trouble gaining a foothold on Aretha as a character she has to embody rather than a legend to pay homage to — until she gets to sing. When the world stops to watch her perform, or even just adjust a stray pizza box, “Aretha” mercifully slows down with it, allowing the basic magnetism of a genius at work to do what the rest of the cluttered series doesn’t.