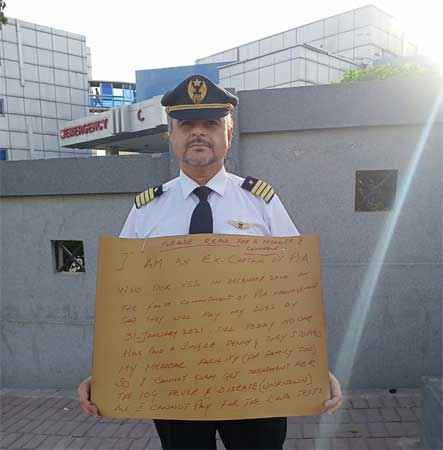 Regardless of tall claims made Chief Executive Officer (CEO) Arshad Malik to revive Pakistan International Airline (PIA), there is no end to the woes of the national flag carrier. Once considered the pride of the nation, the airline has been plummeting into the deeper crisis with each passing month and has virtually been brought to a grinding halt due to the incompetence of the CEO led management. The employees of the organization are now bearing the brunt of it.

The cash strapped PIA has failed to pay retirement dues of around 2,000 employees who had opted for the Voluntarily Separation Scheme (VSS). These employees are now running from pillar to post to get their rightful dues, but so far of no avail. The PIA Management had promised to pay the dues by 31 January 2021 but even provident fund, which is kept with PIA, has not been paid. The VSS for the PIA employees was launched on Dec 7, 2020, with a validity of two weeks, but its deadline was later extended till Dec 31.

The financial hardships of the employees do not end here. Employees of the PIA approached this correspondent to narrate their ordeal. They said they have literally been stripped off their right to appropriate medical facilities for themselves and their families. Retired employees are left to die as they are being denied of treatment by PIA. Most of the hospitals on panel of PIA are not entertaining the employees on the pretext of non-payment by PIA.

Qaiser Ansari, a retired employee of PIA said that after testing positive for Covid-19, he went to a hospital on the panel of PIA in Islamabad but he was refused the treatment as his organization has stopped paying for the employees who have attracted the virus. He said since his pension is Rs 6190, he was forced to get treatment from a public sector hospital. The angry and dejected employee said there will be no resource constraint for medical treatment in case the Chief Executive Officer of PIA attracts any disease. 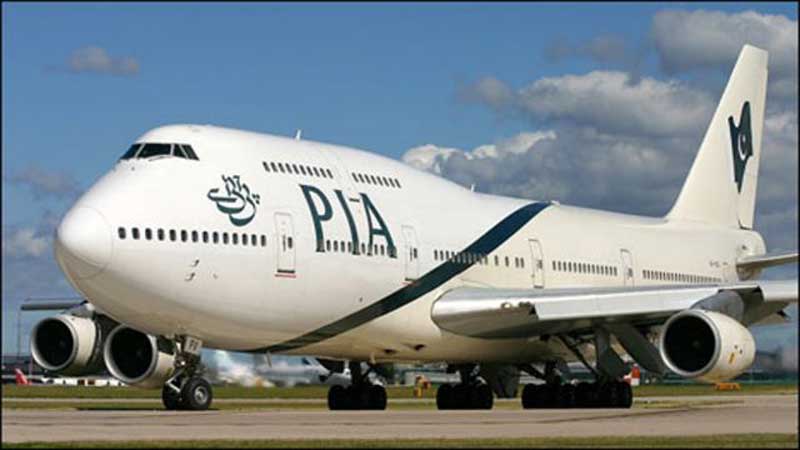 To add salt to injury, it has been learnt that Employees’ salaries including those of cockpit crew have further slashed by 40 percent, to hide the losses due to total Organizational failure and incompetence. Initially all rubble was put on employees for the downfall but in the absence of any unions and associations in PIA for last 2 years, the losses have been exponentially increasing. In addition, the crew has not been given the international allowance since last 2 years.

Official sources told this correspondent that the PIA management had made big claims to turn around the airline for good but the rapid fall and the disastrous consequences of incompetence and inefficiency are right in front. They held the CEO PIA Arshad Malik responsible for the current state of the airline. The incumbent management is not competent enough to make viable business plan thus a foreign firm has been hired for a hefty sum of forex to do this basic job. This explicitly shows the level of competence of this management.

They said the PIA Management is risking the lives of passengers by making pilots fly in total violation of PCAA regulations and international practices. The crew is being silenced by administrative actions, whosoever raises voice against these unsafe practices. PIA social media is painting a rosy picture in social media and fake announcements of new flights are being made every other day.

The employees of PIA urged the government to take notice of the PIA’s dire straits and appoint the true commercial aviation experts to lead this airline saying the national flag carrier cannot bear the cost of any other catastrophe in the skies.