Long march to be held at all costs: Sanaullah 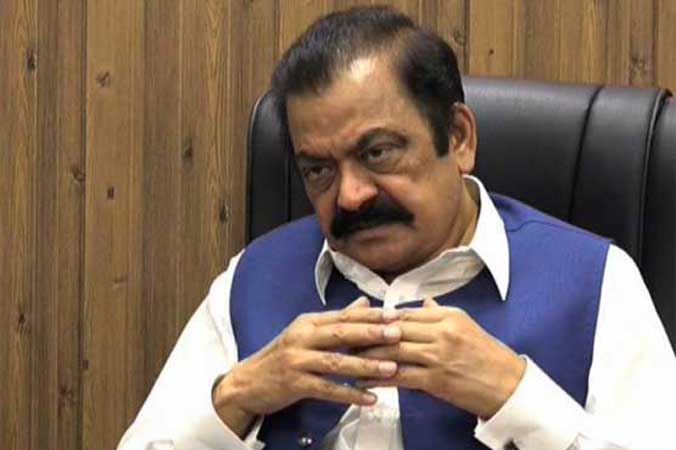 PML-N leader Rana Sanullah Sunday said that the proposed long march will be held at all costs whether it is participated in by 10 parties or nine of those.

Talking to media before a meeting at Jati Umra, Rana Sanaullah said that the PDM chief also recently spoke with PML-N supremo Nawaz Sharif and PPP Co-chairman Asif Zardari. “Now, Maulana Fazl-ur-Rehman wants to find a middle ground in the given situation of deadlock within the alliance,” he added.

The PML-N leader said the PDM will succeed in achieving its objectives at all costs. He said the March 26 long march has been postponed until after Eid as announced by Fazlur Rehman at the PDM meeting, adding that the impression that it has been cancelled is totally wrong. “The only cure for the incumbent rulers is the long march. PDM leadership will decide whether it is to be held with or without resignations,” the PML-N leader said. “The holy month of Ramazan is just around the corner … we are making preparations and after Eid, long march and a sit-in in Islamabad will be held,” he added.

To a question as to for how long the PDM will hold a sit-in in Islamabad, Rana Sanaullah said in his personal opinion, PTI’s 126-day record should be broken and a sit-in should be held for at least 127 days in the federal capital. He said the person who leaked Asif Zardari’s speech at a closed door meeting to media is responsible for postponement of the March 26 long march. “We demand that the PPP hold an inquiry into this issue as well as also probe the matter of invalid stamps on seven votes cast in favour of Yousaf Raza Gilani in elections for Senate top slot,” he said. “It needs to be ascertained whether the matter of invalid votes was a conspiracy or a mistake,” he maintained. “In my view, it is something bigger than a simple mistake,” he responded to a question.