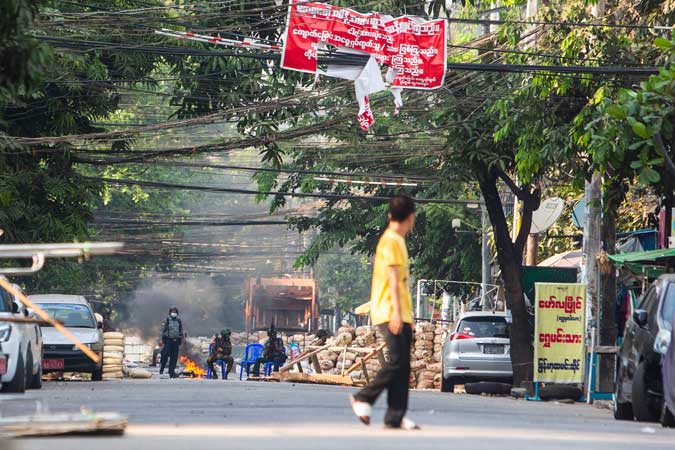 The people of Myanmar have huge expectations from the United Nations and the international community following the Feb. 1 coup, with many calling for sanctions and some urging the UN to send peacekeepers to stop the killings of peaceful protesters seeking a return to democracy, the top UN official in the country said Friday.

Guterres echoed that message again on Friday, saying “a firm, unified international response is urgently needed” to stop the violence by security forces and return Myanmar to the path of democracy, UN spokesman Stephane Dujarric said.

“Many people will have seen people carrying placards saying, `how many more bodies?´” Kirkwood said. “People are really looking for concerted international action in terms of sanctions. Frankly, some people here want to see peacekeepers.”

The coup reversed years of slow progress toward democracy in Myanmar, which for five decades had languished under strict military rule that led to international isolation and sanctions. As the generals loosened their grip, culminating in Aung San Suu Kyi´s rise to power after 2015 elections, the international community responded by lifting most sanctions and pouring investment into the country.

The Security Council adopted a presidential statement — one step below a resolution — on March 10 calling for a reversal of the coup, strongly condemning the violence against peaceful protesters and calling for “utmost restraint” by the military. It stressed the need to uphold “democratic institutions and processes” and called for the immediate release of detained government leaders including Suu Kyi and President Win Myint.

The statement is weaker than the initial draft circulated by the United Kingdom, which would have condemned the coup and threatened “possible measures under the UN Charter” — UN language for sanctions — “should the situation deteriorate further.”

Diplomats said council members China and India, both neighbors of Myanmar, as well as Russia and Vietnam, which along with Myanmar is a member of the Association of Southeast Asian Nations, objected to provisions in the stronger earlier drafts of the statement.