AHMEDABAD: Rohit Sharma’s sensational 64, Virat Kohli’s well-crafted 80 and Bhuvneshwar Kumar’s miserly spell in a high scoring match helped India beat England by 36 runs in the final T20I at Motera and seal the series 3-2 on Saturday. Put in to bat, India powered to a massive 224 for 2, their best ever total against England. Rohit smashed 64 off 34, Kohli made 80 not out off 52 while Hardik Pandya (39 not out off 17) and Suryakumar Yadav (32 off 17) played useful cameos. In reply, Jos Buttler and Dawid Malan made half-centuries for England but they managed only 188 for 8. Bhuvneshwar bowled a sensational spell of 4-0-15-2 with 17 dot balls to give India the win in a high scoring game. Shardul Thakur picked up three wickets. Jofra Archer and Mark Wood had troubled the Indians with their extra pace in earlier games but Rohit and Kohli sent them to the cleaners on way to their 94-run stand. The hosts hammered 67 runs in the last five overs to give the innings a perfect finish. Barring Ben Stokes and Adil Rashid, all England bowlers leaked more than 10 runs per over with Chris Jordan (0-57) being the most expensive. India decided to drop opener K L Rahul to accommodate an extra bowling option in left-arm pacer T Natarajan for the all important game.

England’s chase started on a wrong note with Kumar rattling Jason Roy’s stumps in the second ball, the batsman falling for a duck. However, Jos Buttler and Dawid Malan counter attacked in fine fashion to put England on track. Malan got going in the second over with Hardik Pandya conceding 18. Washington Sundar then conceded 13 in his first over as England continued their charge. Buttler and Malan ensured England got 62 in the Power Play, two more than what India managed. After the Power Play, Buttler took the attack to Rahul Chahar, whose two overs went for 27 as England crossed 100 within 10 overs. England were 127 for 1 in 12 overs with both batsmen crossing half-centuries when India turned to the experience of Bhuvneshwar who gave the breakthrough immediately with a slower one that Buttler sent to long off. The runs dried out in the next couple of overs, which resulted in Shardul Thakur getting two in the 15th over, dismissing Jonny Bairstow and Malan. Hardik had Eoin Morgan in the next over, bringing an end to the challenge. 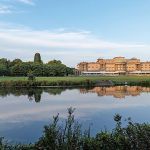 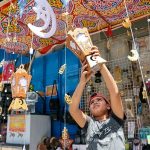 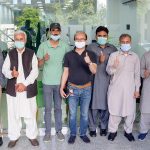