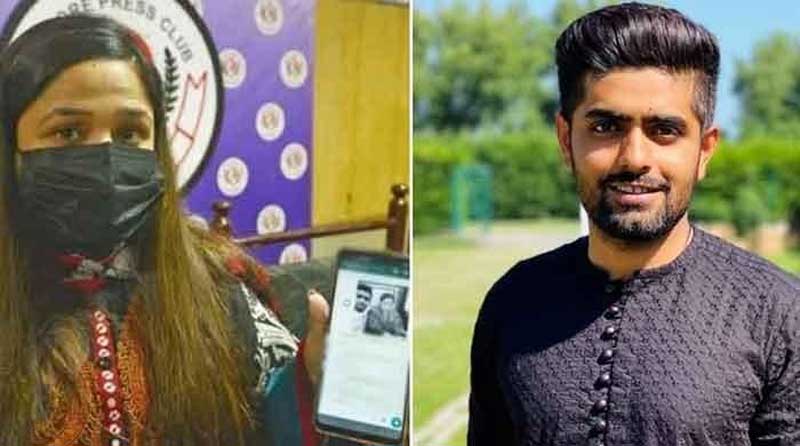 LAHORE: Pakistan captain Babar Azam moved the Lahore High Court (LHC) on Saturday against a decision to allow the Federal Investigation Agency (FIA) to lodge a case against him under the Cybercrime Law. The directives were issued by an Additional District Judge (Sessions Court) in Lahore on a petition of a woman, Hamiza Mukhtar, on Wednesday. The FIA in its report filed with the court had said the cricketer did not appear before the investigating officer. However, his elder brother appeared and sought time on behalf of his younger brother for recording his statement. Mukhtar had alleged that Azam and others sent her life threatening messages on Whatsapp through different mobile numbers. The petitioner had said she was continuously blackmailed that the suspects would upload fake pictures of her on social media if she did not accept their demands. She had said that the FIA’s cybercrime wing had completed its inquiry and had asked the court to order the agency to register a criminal case against the suspects.

In his petition, Azam named Mukhtar, the station house office of the FIA’s Cyber Crime Circle and the judge of the lower court as respondents. The petition argued that Azam is an international cricketer and the captain of the national cricket team in all three formats. It also detailed his achievements as a batsman. It contended that the order passed by the sessions’ court was an ‘unreasoned, non-speaking order’. “The direction to lodge and FIR without application of judicial mind is against the dictates of the law. Further, the impugned order does not even consider the fact that no cognizable offence is made out and the instant complaint is the third complaint filed in an attempt to blackmail, harass and intimidate the petitioner to pay extortion money.”

It said that the Justice of Peace is not bound to issue directions to the police in each and every case, to record the statement of the complainant, if apparently no cognizable offence is made out or the complaint is tainted with malice and ulterior motives. It added that the impugned order was in violation of the Prevention of Electronic Crimes and Investigation Rules 2018, while the direction to register an FIR was in violation of rule seven of the same. “That the impugned order was passed without hearing the petitioner is also a violation of the fundamental rights of the petitioner as guaranteed in the Constitution,” the petition said, adding that Azam reserved the right to raise further grounds at the time of hearing. The petition urged the LHC to accept the writ petition and set aside the order issued by the lower court. “It is further prayed that during the pendency of the writ petition, operation of the impugned order may kindly be suspended,” it said.

Earlier this year, the LHC had suspended the operation of an order passed by a sessions court to the Naseerabad police to register a case against Azam on Mukhtar’s complaint. Mukhtar had previously accused Azam of deceitfully maintaining sexual relations and making false promises of marriage. She had also alleged that she got pregnant in 2015 with his baby but was forced to go through an abortion.