* Project to enhance distribution of clean drinking water in city 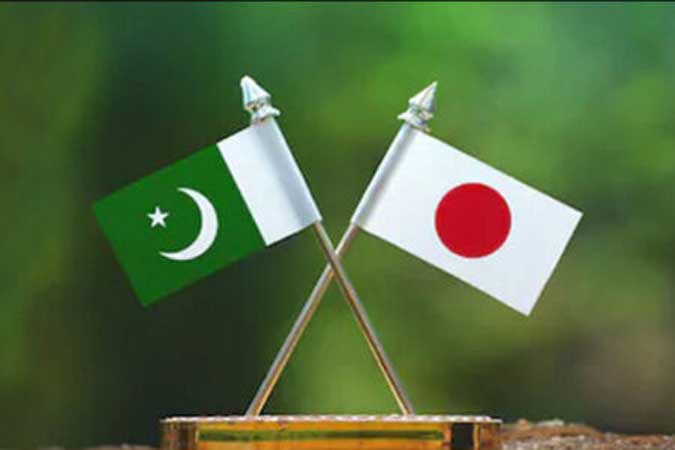 The government of Japan has extended its grant Rs 6 billion for “Improvement of Water Treatment Plant and Water Distribution System in Faisalabad” aiming to increase the production capacity of the water treatment plant, transmission and distribution systems in Faisalabad city.

Federal Secretary for Economic Affairs Division, Noor Ahmed and Ambassador of Japan Kuninori Matsuda signed the exchange notes and record of discussions on behalf of their governments, said a press release issued by the Ministry of Economic Affairs here Saturday.

This is the third intervention by the Japanese government in WASH (Water, Sanitation and Hygiene) to address the issues being faced by urban cities in Pakistan. A similar assistance was extended to Faisalabad for replacement of pumping machinery at in-line booster pump station and terminal reservoirs worth $ 13.4 million and to Metropolitan Corporation of Islamabad worth $ 4.7 million.

Talking on the occasion, Secretary, Economic Affairs Division expressed that Pakistan values the reciprocal and congenial relations with Japan and both countries share mutual stance on most of the regional and international affairs.

He further stated that Pakistan is one of the developing countries where the limited water resources are depleting drastically due to rapid population growth and increasing economic activities, and water is the core source of not only sustainability of life but also various developmental sectors such as health, agriculture, energy, urban and industrial development.

Therefore, Japan’s assistance regarding water and sanitation is highly valued by Pakistan. Japanese economic assistance has played and shall continue to play a vital role in the socio economic uplift of Pakistan.

Meanwhile Ambassador Matsuda stressed that this is the single largest grant-in-aid from Japan to Pakistan this year.

And on a lighter note he remarked that instead of being known as the land of the rising sun, Japan may be called as a source of clean drinking water after this assistance.

Japan International Cooperation Agency (JICA) Chief, Furuta emphasized that Faisalabad is the 3rd most populated city of Pakistan with population of 3.8 Million, limited water resources and ineffective water distribution network along with threats of industrial wastes and sewerage deposits flowing into the water supply pose serious environmental and health hazards.

MD, WASA assured of quick implementation of this project so that the citizens of Faisalabad could benefit from this Japanese assistance at the earliest.

Secretary, Economic Affairs Division appreciated the Government and the people of Japan for their support with the assurance of extending all necessary facilitation for more meaningful cooperation between the two sides in future.

The government has established 1,820 wheat seeds demonstration plots across the country in order to enhance the output of certified, high yielding seeds of the major crop to increase per-acre crop production for tackling the growing demand of wheat.

Talking to APP he said that under NAEP an amount of Rs 309.7 billion were earmarked for 16 mega projects including enhancement of major crops, oil seeds, livestock and water conservation.

He further informed that about 59,141 tons of certified wheat has been distributed among the farmers on 50 percent subsidy, besides provision of weedicide to farmers on subsidy for 2.964 million hectares.

Meanwhile, national uniform yield testing trails were also conducted across 48 locations in the country, he said adding that 90 mega gathering and farmers days were also organized in order to mobilize the farming communities to achieve desired results by involving maximum farmers.

Dr Javed said that under NAEP 353 field implement were also provided to farmers on subsidy, adding that the ministry was also intended for organizing wheat yield competition for creating awareness about the crop, besides adoption of best farm management practices for achieving maximum per-acre yield.

He said that under the program 46,466 calves and 49,150 lambs were registered so far under the “Calf Feedlot Fattening in Pakistan Project” which would help to enhance local output of meat as well as increasing farms income for achieving sustainable agriculture and livestock development.

Under the program 10,131 farmers were also provided training, besides mobilization farming community to participate in project activities including calf, lamb Feedlot Fattening by advertisement and campaign, he added.

The monitoring officers of Livestock and Dairy Development Board conducted field based monitoring visits to monitor fattened calves in 25 selected districts of Punjab, Khyber Pakhtunkhwa, Islamabad Capital Territory and Azad Jammu and Kashmir, he added.