From art galleries to Korean plays, blurring reality and more 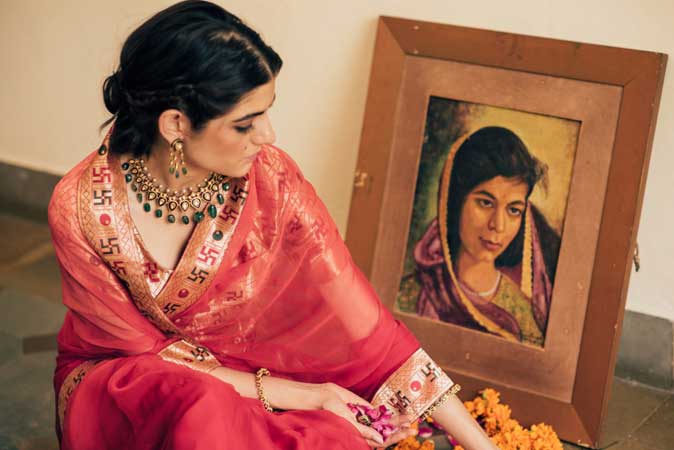 QUEEN’S COUTURE — Queen Elizabeth made her first trip to Independent India in the winter of 1961. During the reception held at the City Palace, Jaipur, she complimented a lady for the saree she was wearing. The saree was made by Sir Norman Hartnell, the Queen’s couturier, and the lady was Rani Urmila Raje, grandmother to Maayankraj Singh, who remains an eternal muse for his brand, Atelier Shikaarbagh.

The brand is now coming out with its 35-piece collection which comprises evening gowns, wedding gowns, day dresses and over layers, recalling the glamour of the ’50s and ’60s, when detailed construction and tasteful embellishment were celebrated. Called Primavera – named for the season of spring and its new beginnings – the collection will be available from March 2021 onwards. It has diaphanous organzas and crisp georgette saree paired with sharp blouses and jackets; flowy gowns with illusion necks; and couture- technique skirts in shikargah brocades. Singh says, “Primavera also features first-of-its-kind Indian lace. The collection has taken me three years to put together.” Atelier Shikaarbagh is currently headquartered in Kota and retails online via its Instagram handle and private appointments in Kota and Delhi.

CITIES OF DUST — Gallery Vidya Heydari Contemporary in Pune presents Fugitive Dust, an exhibition of artworks by M Pravat. The artist is known to examine architectural forms and materials, and in this ongoing exhibition, he brings together a range of media, including brick, slate and ink. The works are created from the vantage point of someone living in ever-expanding and ever-intensifying Delhi, a city constantly in flux. Pravat says, the dust that rises from construction sites and demolition drives never settles. “It thickens the air we breathe, forms clouds in the sky, sediments into the earth’s crust and flows into water bodies before returning back into construction sites. A city is a continuous cycle of solid, liquid and gaseous states,” he writes. The exhibition has been curated by Delhi-based curator and writer, Sabih Ahmed, and comprises sculptural installations, paintings, drawings, collage works and prints. The exhibition runs till May 2. 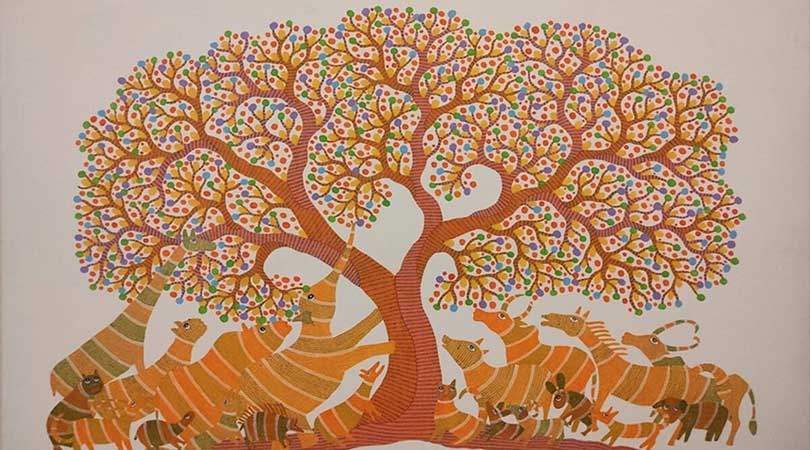 A KOREAN TWIST — Jim Hawkins, a boy who runs an inn with his family, is visited by a strange captain. After the man dies under mysterious circumstances, Jim finds a treasure map among his belongings. What happens as Jim follows the map and goes into the unknown is the subject of Robert Louis Stevenson’s classic, Treasure Island. The Korean Cultural Centre, Delhi, has organised a streaming of the play by the Seoul Arts Centre on YouTube.

BLURRED REALITY — Lifeline 99 99 is an absurd telephone line that interrogates the greed and alienation of human experiences. You, as a member of the audience, have to call a phone number, where you hear an IVR voice that asks you certain questions and subsequently connects you to one of the five fictional experiences available. You could have a one on one conversation with a conflicted sex-chat operator, an aggrieved idealist, a dude alien, a dead insurance agent or art personified. This innovative piece of interactive theatre is created by Kaivalya Plays.

GROOVY TUNES — the show is a live digital performance in which 12 young, emerging artists from India and Canada start a conversation about love or the lack of it amid isolation and quarantine, about self-discovery, independence and more. An almost raw, unedited compilation of lived experiences and artists’ encounters with joy, loneliness and creativity is presented through art forms such as the spoken word, movement, mime, burlesque and music. Each performer introduces the story of the next performer, making space for spontaneous conversations and questions. Raw and real, the show takes audiences on an intimate, cathartic journey across continents, cultures and art forms. It is organised by Thespo in India in association with Paprika Theatre Festival of Canada and the Social Distancing Festival of Canada.

JOURNEY OF THEIR OWN — join architect Gautam Bhatia in his exhibition at Bikaner House in New Delhi. In this collection called Still Life, he presents 24 sets of miniature paintings themed on people, food, transport, religion, labour, love, home, and family, and of course, architecture. There will be nearly 240 paintings elaborating the sequence of life, from birth to death, and 12 bronze sculptures on the theme. For an architect who views the profession with a critical eye, Bhatia shows how architecture, like all things, has its own process of life and death. On till March 31.

BRIDGING THE DIFFERENCES — attend a group exhibition by artists of the Art for Change Foundation. The works of 12 international artists and nine Indian artists along with works from the foundation’s collection will be on view. The theme for the exhibition is “What to do with Difference? Art and Artist as Bridge”.

STEAL DEAL — Dastkar is hosting Bonanza: The Bumper Annual Sale, which features 100 plus craft groups and craft-prenuers and their handcrafted wares at steal prices. The weekend will also feature live Kutcchi folk performances and wood carving and inlay demonstration by Abshar Hussain.

MIX OF FIVE — Gallery Ragini in association with Ambassador, New Delhi, is showcasing Colloquial an exhibition of India’s traditional art forms curated by Nidhi Jain. The exhibition brings Gond, Pichwai, Kalamkari, Pattachitra and Madhubani – styles of paintings, through the works of seven artists. The artists include Dhavat Singh, Kumar Jha, KM Singh, S Vishwanathan, Prakash Chandra and Shoba Jolly. The exhibition is on till May 21, at Gallery Ragini, Ambassador Hotel.

TALK OF THE TOWN — The Bihar Museum Biennale is hosting a webinar on Art in isolation: The impact of the pandemic on creative languages on artists from Bihar. The panelists include GR Iranna, Subodh Gupta, Paresh Maity, Georgina Maddox, Arpana Car and Seema Kohli. On March 23, 6.15 pm.