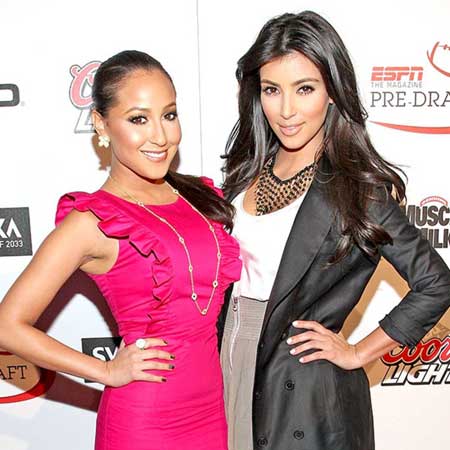 The Kardashians are feeling extra lucky this week. Just one day before kicking off the final season of ‘Keeping Up with the Kardashians,’ the famous family came together to celebrate Rob Kardashian’s birthday.

In several photos posted to social media, Khloe Kardashian, Kylie Jenner and more reunited for an Armenian feast that also included more than a few delicious cakes. The dinner table was decorated with plenty of blue in honour of Rob’s favourite baseball team, the Los Angeles Dodgers.

As it turns out, the birthday dinner was only the beginning of a fun-filled day. The St Patrick’s Day celebrations continued later in the night as Kim Kardashian and Kourtney Kardashian attended a girls’ night in with a few familiar faces.

Rob’s ex Adrienne Bailon, Khadijah Haqq McCray and other close pals enjoyed Pictionary, taboo, heads up and other innocent games before calling it a night.

As it turns out, the birthday dinner was only the beginning of a fun-filled day

Amid her divorce from Kanye West, a source close to Kim tells E! News she’s “put an emphasis on socializing with girlfriends.”

Adds the source, “Kourtney has been really good about including her in everything she does… Kim is enjoying it and having fun. She’s really making an effort to get out and see girlfriends and she is very happy with where things are.” For those who didn’t score an invite, you’re in luck!