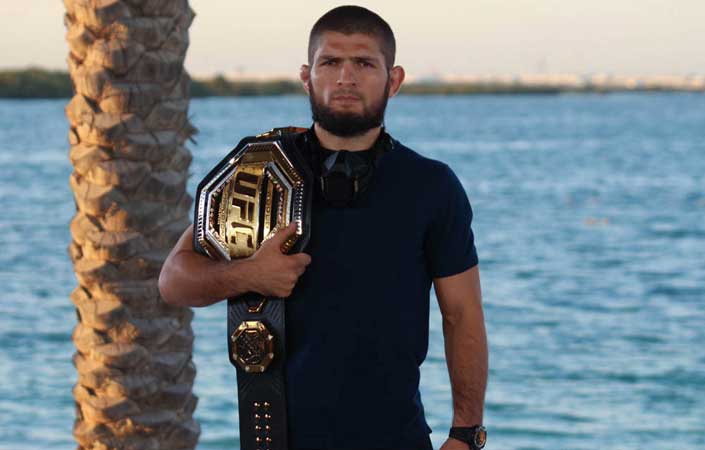 LONDON: UFC lightweight champion Khabib Nurmagomedov is officially retired, and he won’t be returning to competition. Late Thursday night, UFC President Dana White took to social media to finally throw in the towel in his efforts to convince the undefeated Russian to come back for at least one more fight after Nurmagomedov called it a career this past October following a successful title defense against Justin Gaethje at UFC 254. At the time, Nurmagomedov announced that he had promised his mother that he would retire from the sport, but White believed the decision was made in the heat of the moment and he could eventually convince him to return to the UFC. Despite his best efforts, White was unable to sway Nurmagomedov to come back for another fight. Now, he’s acknowledging that arguably the greatest lightweight in the history of the sport has closed the book on his career. White wrote on Twitter, “29-0 it is,” while posting a photo alongside Nurmagomedov. “He is 100 percent officially retired. It was incredible to watch you work, Khabib. Thank you for EVERYTHING and enjoy whatever is next my friend.” While the UFC president has been pulling out all the stops over the past few months to lure Nurmagomedov back to the octagon, the Dagestani native has been steadfast in his decision to stay retired. That said, White stated numerous times that if something came along that really interested Nurmagomedov, or felt like a true challenge, he might reconsider his decision. Earlier this week, Nurmagomedov posted a photo alongside former UFC owner Lorenzo Fertitta with a note addressed to White that said “send location,” which led to speculation that perhaps he really was considering a comeback.