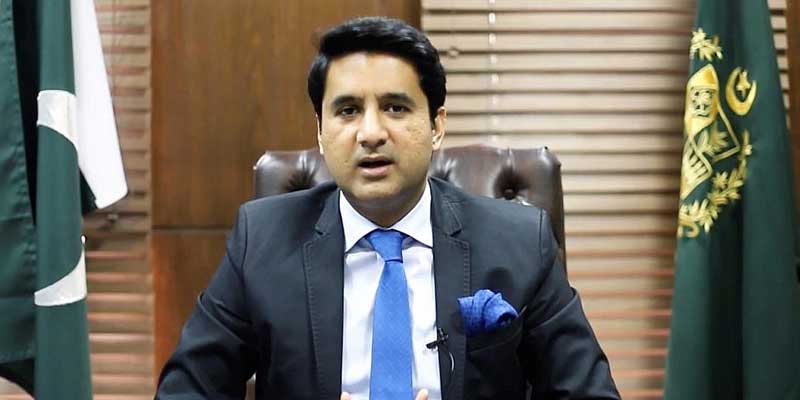 Islamabad Deputy Commissioner Hamza Shafqaat Friday said that 747 new coronavirus cases were detected in the capital which, according to him, is the highest number of daily infections ever recorded in the city.

According to a notification by the city’s district magistrate, “outdoor dining in restaurants will be closed at 10pm in the Federal Capital during the weekdays, and for the weekends (Saturday& Sunday) i.e. safe days both indoor and outdoor dining will remain closed with all other commercial activities other than essential services.”

According to the NCOC, so far 50,096 cases have been reported from the federal capital besides 536 deaths. At least 44,976 patients have recovered completely.

Meanwhile, on the direction of the Ministry of National Health Services, the district administration of Islamabad had continued surveillance of different streets of the capital to reduce transmission of the infection in the selected streets and other sectors. They also started taking action on a violation of standard operating procedures (SOPs) related to the coronavirus while visiting marriage halls, markets, and petrol pumps by its inspection teams. The administration has been asked to seal schools, shops, workshops, and restaurants on violation of SOPs.

The national tally on Friday of total active Covid-19 cases recorded 27,188 with 3,449 more people tested positive for the deadly virus and 813 people recovered from the disease during the last 24 hours.

Forty corona patients died, 38 of whom were under treatment in hospital and two out of hospital in respective quarantine or home, according to the latest update issued by the NCOC. During the last 24 hours, most of the deaths occurred in the Punjab followed by Khyber Pakhtunkhwa. Out of the total 40 deaths, 17 died on ventilators during their treatment.

The maximum ventilators were occupied in four major areas including Multan 41 percent, Islamabad Capital Territory (ICT) 51 percent, Peshawar 26 percent and Lahore 39 percent. The maximum oxygen beds (alternate oxygen providing facility other than ventilator administered as per medical requirement of Covid patient) was also occupied in four major areas of Gujrat 75 percent, Peshawar 53 percent, ICT 40 percent and Rawalpindi 32 percent. Around 276 ventilators were occupied elsewhere in the country while no COVID affected person was on ventilator in Azad Jammu and Kashmir (AJK), Gilgit Baltistan (GB) and Balochistan.

About 13,757 deaths were recorded in country since the eruption of the contagion. Around 4,473 perished in Sindh where four deaths occurred in hospitals. At least 5,919 in Punjab died with 23 deaths occurred in past 24 hours, at least 21 of them in the hospital and two out of the hospital; 2,196 lost lives in KP where eight of them died in hospital on Friday, 536 in ICT among five deaths in hospital during past 24 hours, 202 in Balochistan, 103 in GB and 328 in AJK succumbed to the deadly virus.

A total of 9,691,087 corona tests have been conducted so far, while 631 hospitals are equipped with Covid facilities. Some 2,601 coronavirus patients are currently admitted to hospitals across country.