* Sindh up against Centre on transfer of three hospitals 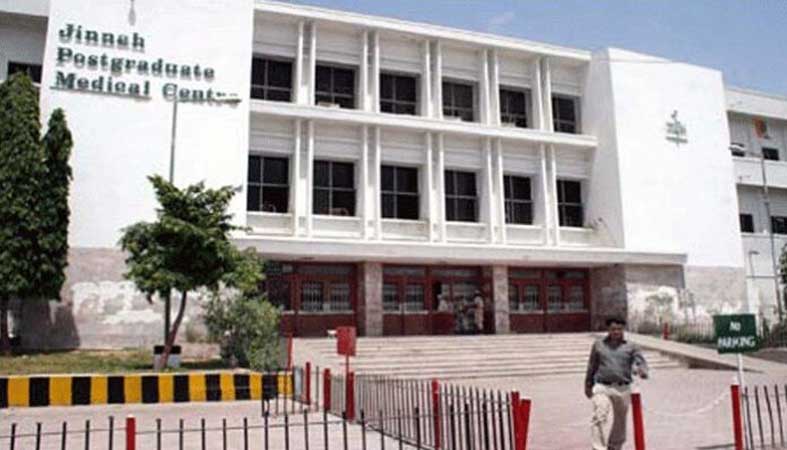 The federal government on Friday issued a notification regarding the takeover of Jinnah Postgraduate Medical Centre (JPMC) Karachi.

“The federal government has been pleased to constitute a board of governors, in respect of Jinnah Postgraduate Medical Centre (JPMC), Karachi, under section 4 of the Federal Medical Teaching Institute Ordinance 2020,” the notification read.

The Supreme Court of Pakistan in its judgement had given the control of the three major public-sector hospitals – NICVD, JPMC and NICH – to the federal government and directed the provincial and federal governments to complete a smooth transition of the hospitals’ control.

Meanwhile, the Sindh Health Department has opposed the formation of the BoG and has announced not to be a part of it.

Commenting on the development, a spokesperson for the Sindh Health Department said that the transfer of hospitals is a complex and sub judice matter.

“The federal government had sought names for the Board of Governors but the Sindh health minister has refused to recommend any names,” he said.

Sindh Health Minister Dr Azra Pechuho strongly opposed the new mode of management, saying it will affect the “service delivery” of the institutions.

She said that the federal government will send new management to run these institutions after completing their exercise, but it would badly affect the service delivery of these institutions. She said the federal health authorities did not approach the provincial health department to formally take over the hospitals, although they visited “the JPMC and the NICVD 10, 10 times”, and later simply asked her to propose two names for the BoG.

“It never happens this way. How come they are going to run these facilities with people sitting in Islamabad and monitoring service delivery in Karachi? Actually, they were fearing contempt of court so they started the process of takeover in haste,” she claimed, adding that it was a futile exercise and would result in suffering for the people of Karachi, other cities of Sindh and entire Pakistan.

She alleged that non-medical persons were being appointed to the board to run these hospitals, which was not the way to handle and improve the service delivery of tertiary-care health facilities.

“They are asking us to send two of our people to Islamabad to be part of their board, which will be overseeing the performance and functions of these facilities from there. This is not possible,” she said.

The health minister claimed that the Supreme Court had directed the federal government to reimburse all the expenses the Sindh government had incurred on these institutions since 2011.

Dr Pechuho said there were several issues, including the service structure of employees and the status of Jinnah Sindh Medical University, which must be settled before the takeover of these institutions by the federal government.