Air Chief Marshal Zaheer Ahmad Baber Sidhu took over the command of Pakistan Air Force as the 23rd Chief of the Air Staff, in a graceful Change of Command ceremony held at Air Headquarters, Islamabad today. During the ceremony a smartly turned out contingent of Pakistan Air Force presented the Guard of Honour to the outgoing Chief of the Air Staff, Air Chief Marshal Mujahid Anwar Khan. 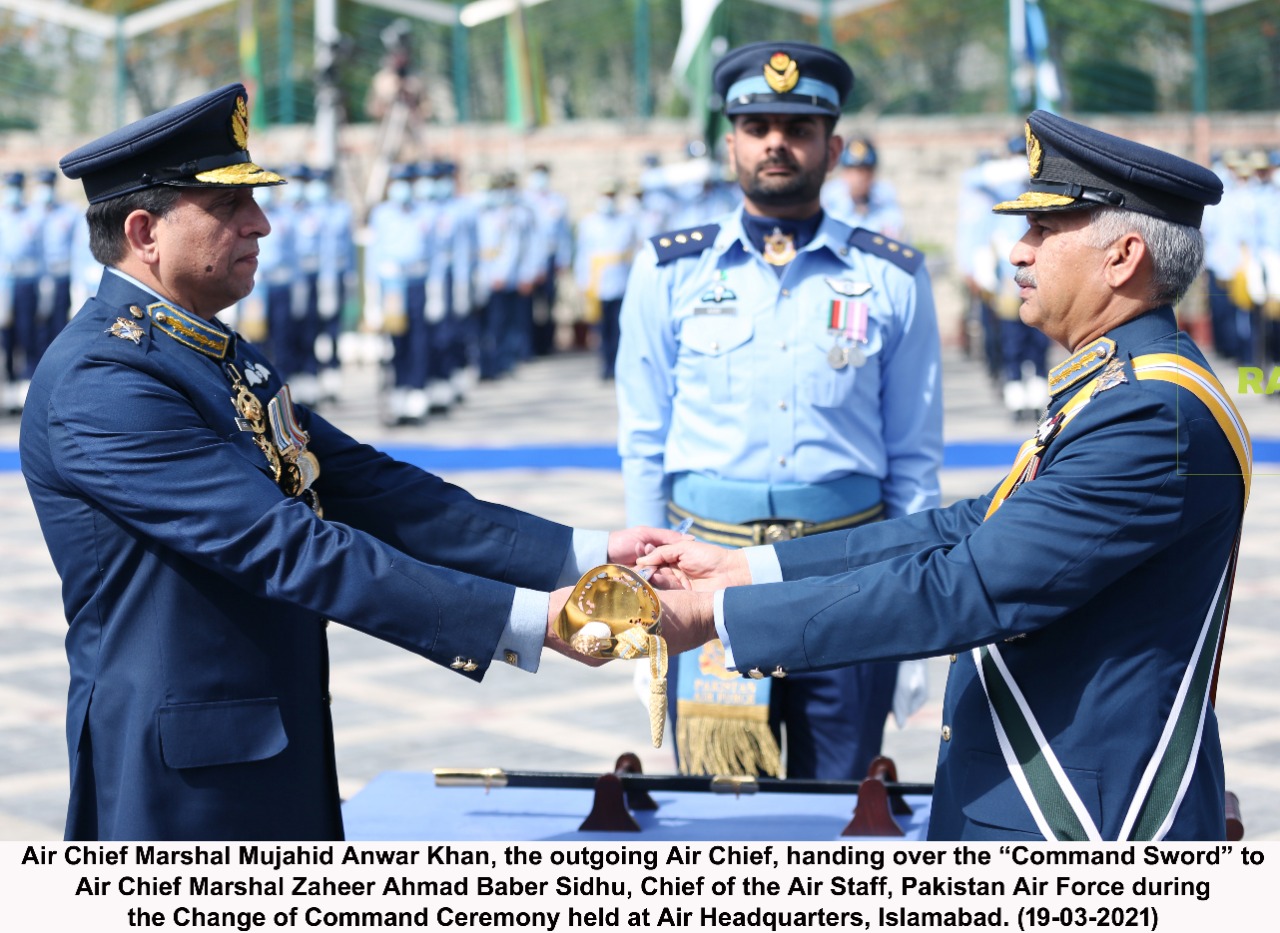 Later on, he decorated Air Marshal Zaheer Ahmad Baber Sidhu with the ranks of Air Chief Marshal and handed him over the “Command Sword”. To bid farewell to the outgoing Air Chief a four-ship formation of JF-17 Thunder aircraft presented a farewell fly past over the venue. 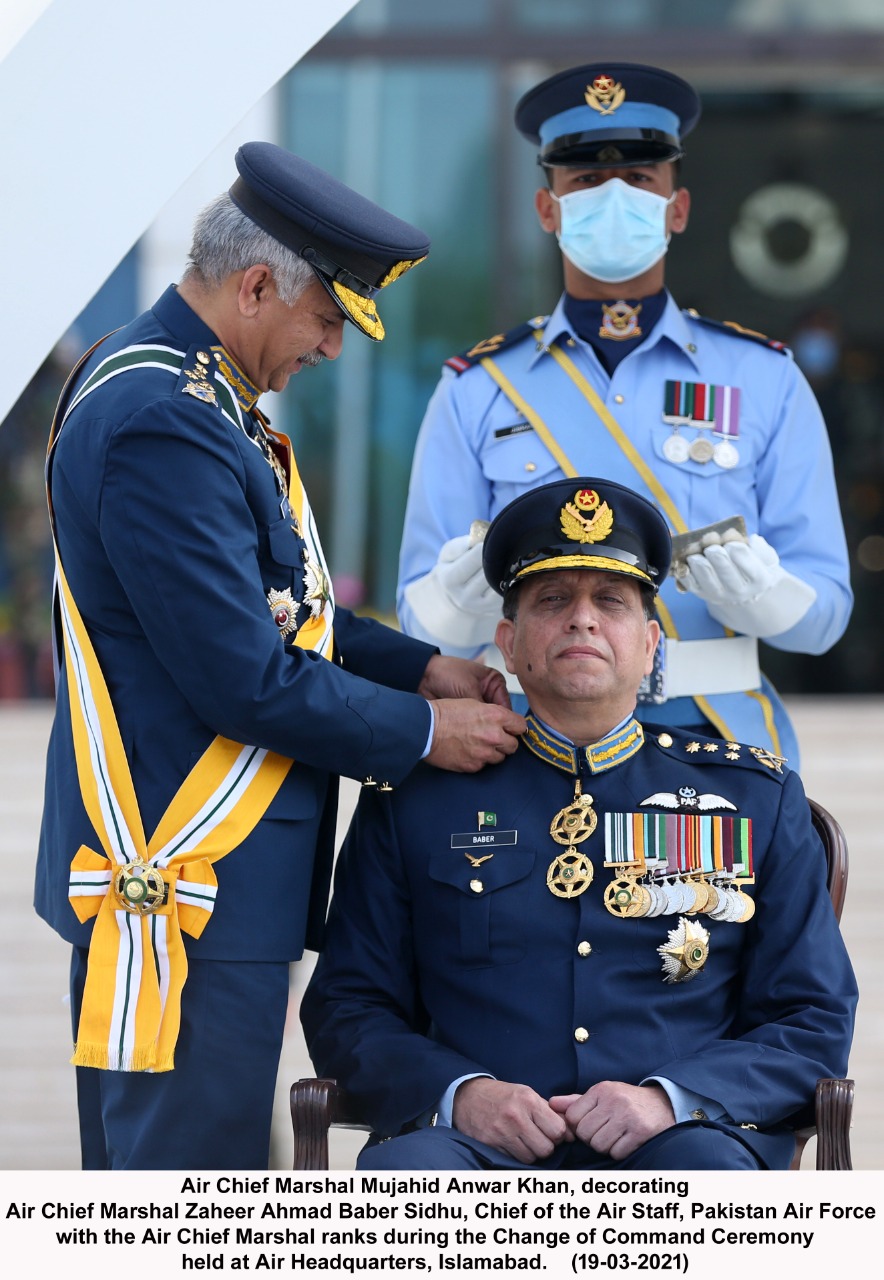 In his farewell address the outgoing Chief of the Air Staff, Air Chief Marshal Mujahid Anwar Khan said that “Certainly, I cannot think of a greater honour than leading one of the finest air forces of the world.” Recalling the PAF’s achievement in Operation Swift Retort, he said, “Alhamd-u-Lillah! PAF once again lived up to the Nation’s expectations and proved to be the Guardians of our free Blue Skies through timely a and well-calibrated response, which kept the enemy at bay.” 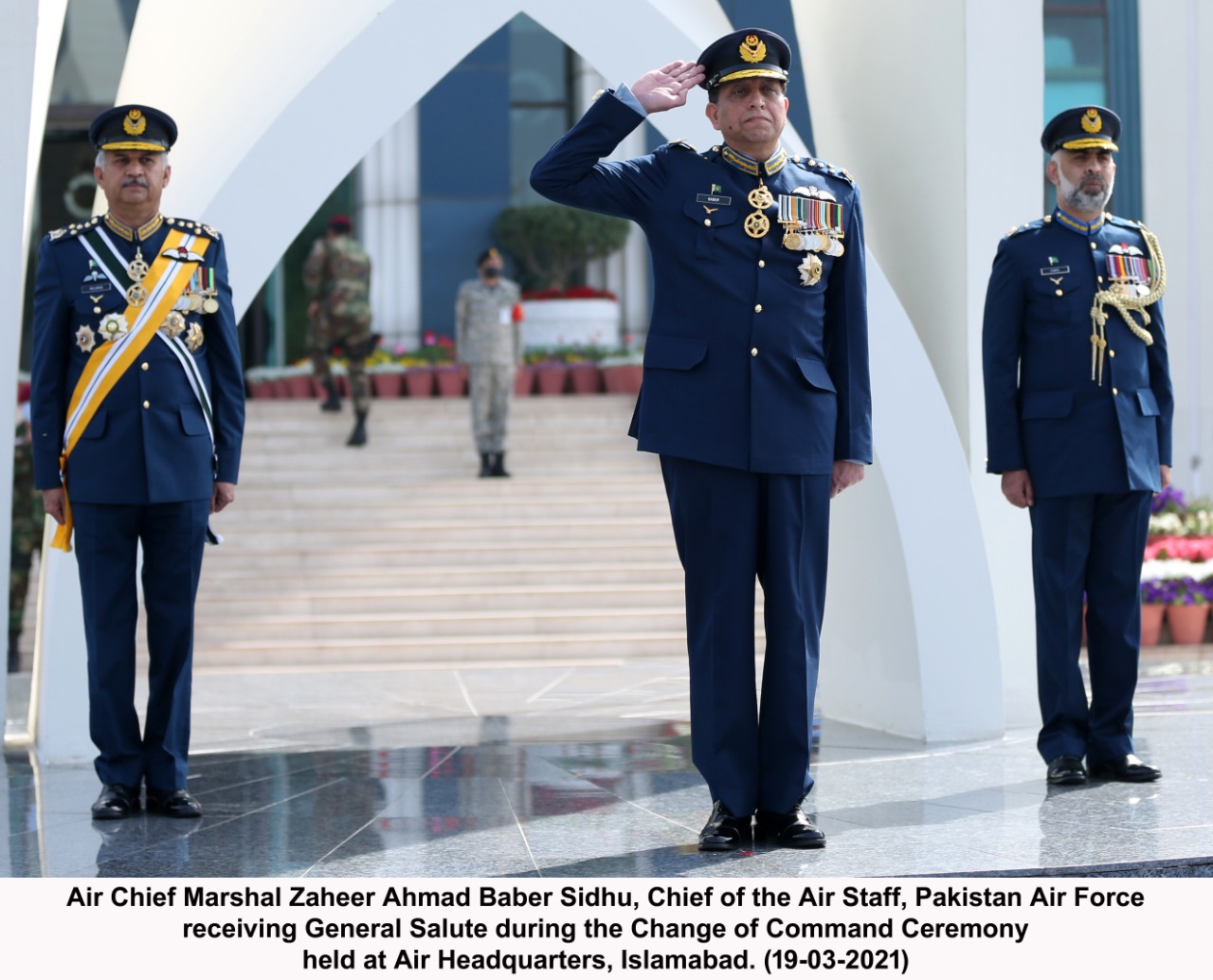 He further said that PAF had made great strides on its journey to excellence and continued transformation for a Next Generation Air Force – 2047.

Congratulating the new Air Chief he said, “My successor is a sound professional with extraordinary leadership qualities and above all he is an excellent human being. I congratulate Air Chief Marshal Zaheer Ahmad Baber Sidhu on his appointment as Chief of the Air Staff, Pakistan Air Force, and wish him success in his new assignment. I am confident that during his tenure of command, Pakistan Air Force shall scale to new heights of excellence, InshaAllah!