‘Roohi’ has its moments, but they’re very few to label this as an entertaining product overall 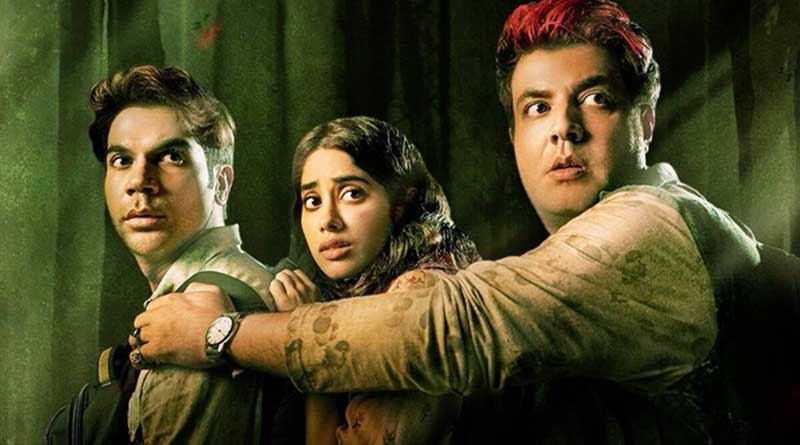 The story starts with the montage of footage shot by an American reporter, who then is invited to shoot the village Bagadpur’s tradition – bridenapping. Bhawra Pandey and Kattani Qureshi are professional bridenappers until they are asked to abduct Roohi.

A pro tip: When your father is carrying two of your pictures to describe your looks to the police, telling them, “Kabhi kabhi yeh aisi bhi dikhti hai,” you definitely need to replace your father.

The story’s central crux revolves around two of the most idiosyncratic people kidnapping a girl trapped with a mudiya-pairi hunting for a body to live in forever. The problem starts when both Bhawra and Kattani fall in love with the same girl but no, there’s a twist. That’s what the rest of the story is all about.

Mrighdeep Singh Lamba and Gautam Mehra’s story is an excellent example of how the proportion of horror and comedy needs to be on-point in a horredy/horror-comedy. Because despite having a reliable set of performers, the proper balance is constantly missing. Here, the storytellers had to tackle two different genres. In the choice of keeping certain things and letting certain go away, the things gone outnumber those which stay. Like, in order to maintain the comical aspect, the writers limit the ‘horrific’ elements to the level we’ve been through so many times now.

There comes a high moment during the interval point, boosting the dead hopes. That’s when I thought the makers have finally flexed the bat to hit a home run, but it was just strike-two. It’s not all ‘Mondays’ for the story as it’s filled with some novel story-angles never explored in Bollywood. But everything boils down to one thing – is it intriguing enough? It has few very good jokes up its sleeves, but unfortunately, that’s about it. Amalendu Chaudhary’s cinematography is too hazy. Not saying he forgot to squeak-clean his lens, but it’s just not clear. It captures the jumpscares pretty well, but other than that, everything is just too basic. 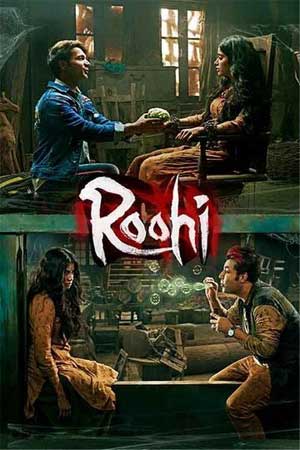 Rajkummar Rao did set a benchmark for himself in Ludo; he now needs an extremely brilliant movie to match that, and Roohi isn’t that. He continues to play around with his accent and I have a mixed bag of feelings about the same. The accent is both a positive and a negative thing for the performances of all three leads. It’s different, but it isn’t easy to listen too. There were scenes where the audio was so muddled you couldn’t understand anything.

Varun Sharma is the MVP here as he is a part of every funny scene in the film. There’s no good humour without Varun, and that says a lot about what he could bring in as a performer. This only serves as a teaser to what Rohit Shetty could extract from him in Cirkus.

It’s a dual-duel for Janhvi Kapoor as she’s spirit as well, and she has nothing much to do as her human form. She excels in the horror portions, a special shout-out Nikita Kapoor’s ‘nerve-racking’ prosthetics and make-up. Manav Vij hasn’t given a chance to act to his potential, rather than he’s wasted into portraying a brainless-brawny. Sarita Joshi proved why she’s known as the master of natural acting in just a few minutes she got. Last year, around this time, director Hardik Mehta garnered many praises for Kaamyaab. This undoubtedly adds as ‘something different’ in Mehta’s portfolio, but it won’t hold any potential value. This script was so close to doing something unique, but instead, it falls for its trap.

Ketan Sodha’s thumping background score surprises to be one of the best technical things of all. It elevates even a non-scary scene which is how it should be. None of the songs click.

All said and done, Roohi has its moments, but they’re very few to label this as an entertaining product overall. The acting department shines and the others remain to be in between from bad to moderately good.