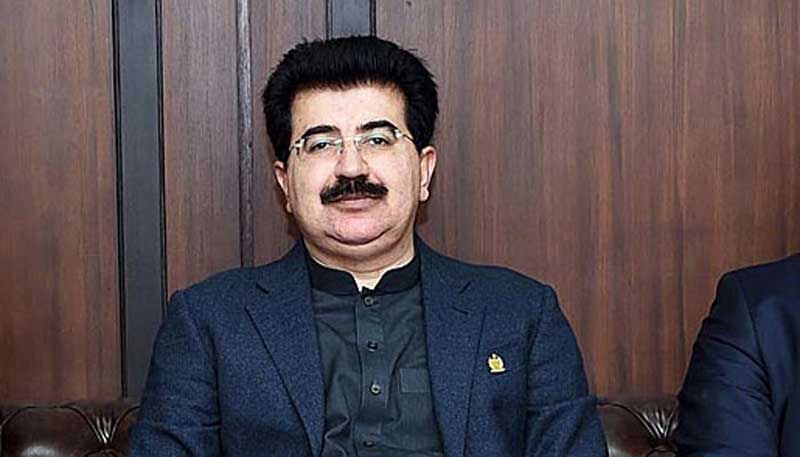 In a major blow to the joint opposition, candidates of the ruling coalition for two top slots of the Upper House emerged victorious in Friday’s much-hyped election.

During the counting process, seven votes cast for Yousaf Raza Gilani were rejected. According to the presiding officer, the stamps were not placed correctly on the ballot paper which rendered them null and void. Another vote was rejected because it had been cast in favour of both the candidates.

With a total of eight votes rejected, Gilani received 42 valid votes, while Sanjrani won the election after bagging 48 votes. In total, 98 senators voted in the election.

For the deputy chairman election, Sanjrani announced that Afridi had received 54 votes, while Haideri received 44.

Following the announcement that seven votes cast for Yousaf Raza Gilani had been rejected because the stamps were not correctly placed on the ballot paper, PPP’s Senator Farooq H Naik told the presiding officer that he “doesn’t have the right to reject the vote if it has been stamped outside the box in front of the candidate’s name”. “The rejected votes that you are talking about have been stamped within the boxes in front of the candidates’ names,” Naik said, adding that the rules are silent regarding where one can stamp on the ballot paper. “Why should the voter suffer due to the mistake of the secretariat,” he questioned.

On the other hand, PTI’s Mohsin Aziz, the polling agent for Sanjrani, while reading out from a paper said the instructions ‘very clearly’ stated that the vote had to be stamped in the box in front of the preferred candidate’s name, and not on top of the candidate’s name.

Polling began after 3pm, and an officer called out names of senators in alphabetical order who collected ballot papers from officials and cast their votes at the polling booth. JUI-F’s Haideri was the first senator to be called to make his choice. Shah, who cast the last vote, announced around 4:40 that all 98 senators present in the house had cast their votes after which the counting began at 5pm. After being declared the winner, Sanjrani took the oath of his office and later presided over the election for the Senate deputy chairman.

Former prime minister Gilani (PPP) and Haideri (JUI-F) were fielded by the opposition Pakistan Democratic Movement as its joint candidates for the posts of chairman and deputy chairman, respectively. The government had already announced that Sanjrani will be its candidate for the office for another term. On Thursday, Prime Minister Imran Khan nominated Senator Afridi – a billionaire from erstwhile FATA – for the post of deputy chairman.

Shah, who earlier administered the oath to all 48 newly elected members of the Upper House, read out the names of the candidates contesting for the positions as well as the senators sponsoring them. He also directed that a body be formed comprising equal number of senators from the government and the opposition to investigate the matter of ‘hidden’ cameras found earlier in the session. “Recovered items like cameras and otherwise, will be secured and sealed till the final disposal of the matter,” he said.

Though the opposition enjoyed a clear majority in the Senate to win both the seats, political pundits before the election said it was going to be a close contest and any deviation from party policy and wastage of votes in secret ballot could translate into an upset.

Back in August 2019, Senate Chairman Sanjrani had survived no-confidence vote when only 50 votes were cast in favour of the opposition’s motion against the 53 needed in the 104-member House for the move to succeed. Forty-five senators had voted against the motion and five votes were rejected. Interestingly, earlier when the resolution was moved for the no-confidence motion, 64 opposition members had supported it.