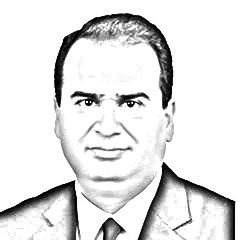 Non-ratification of UNCRC by most powerful country

The United Nations Convention on the Rights of the Child 1989 (commonly abbreviated as the CRC or UNCRC) is an international human rights treaty which sets out the civil, political, economic, social, health and cultural rights of children, regardless of their or their parents’ or legal guardian’s age, sex, gender, language, religion, ethnic, race, sexual orientation, political or other opinion, socioeconomic status, property, disability, birth, or other status. It is drafted on the idea of child’s best interests and welfare, as well as their right to participation and protection against all forms of discrimination. The UN General Assembly adopted the Convention and opened it for signature, ratification and accession through General Assembly resolution 44/25 of 20 November 1989. It came into force on 2 September 1990, after it was ratified by the required number of nations.

The UNCRC is the most widely and rapidly ratified human rights treaty in the history of the UN conventions. It’s even been accepted by non-state entities, such as the Sudan People’s Liberation Army (SPLA), a rebel movement in South Sudan. To date, 196 countries have ratified it, including every member of the United Nations except the United States of America (USA). USA is only country in this world which has not ratified this convention to date, although it has signed the treaty under Bill Clinton’s regime on 16 February 1995. But Progress has been slow towards its ratification by USA, because conservative groups continue to oppose its ratification.

Some of the most common claims made about non-ratification of UNCRC by USA inter alia are as under;

1) Ratification of any treaty by USA requires a two-third majority vote in its Senate to approve, and a number of Republican senators have consistently opposed ratification on this ground that ratification of CRC would limit the US sovereignty and federalism or would cause unlimited interference in family life.

USA demonstrates its commitment to human rights whenever it follows and enforces the Constitution of the United States, which is the greatest human rights instrument in all history

2) The constitution of USA gives the exclusive authority to its State Governments for the enactment of laws, policies, regulations and administration of matters associated with families and children. These issues are generally dealt with at the State and not the federal level, so more federal authority is not desired by ratifying the UNCRC.

3) Upon ratification, USA will come under unnecessary interference and influence of United Nations legal standards and binding promises under international laws which are undesirable for USA. American children and families are better served by constitutional democracy than international law.

4) Opposition to ratification comes from some religious groups. These, along with many political conservatives, claim that the Convention conflicts with the United States Constitution because in the original language of the Constitution “treaties” referred only to international relations (military alliances, trade, etc.) and not domestic policies.

5) Parents have more constitutional rights than children in the USA. In case of maltreatment with children by parents or other types of violation of their rights, parents may prevent the States from intervention into their relationship with their children due to extra ordinary constitutional rights guaranteed to parents. So, by ratifying the UNCRC, parental authority upon their children would be diminished.

6) Ratifying the treaty would mean children could choose their own religion, children would have a legally enforceable right to leisure, nations would have to spend more on children’s welfare than national defense, and that a child’s “right to be heard” could invoke a governmental review of any decision a parent made that a child didn’t like.

7) The society of the USA is very diverse and consists of various national, ethnic and religious groups. This kind of society includes families with harmful or violent traditions and practices of bringing up their children. So, it is contended that Convention is “anti-family” and that ratifying it would undermine the freedom of parents to raise and discipline their children.

8) USA is also the one country in the world that sentences offenders under the age of 18 to life in prison without parole, which the Convention opposes.

9) Exemptions in USA child labor laws allow children as young as 12 to be put to work in agriculture for long hours and under dangerous conditions in violation of the convention’s prohibitions on the economic exploitation of children.

10) Some Americans oppose the CRC with the reasoning that the nation already has in place everything the treaty espouses, and therefore it would make no practical difference.

11) No American president has had been sufficiently committed to ratification of UNCRC, to be willing to face the challenges that would be experienced in doing so, including the possibility of losing support for other priority goals.

The aforesaid reasons for non-ratification of USA are based on lack of sufficient knowledge or misinformation in regard to the nature of the CRC, what it requires, and how it is (and has been) implemented and monitored. So, these reasons are debatable and require further clarification.

In my opinion, the aforesaid reasons are not very strong reasons for non-ratification of UNCRC by the USA. USA has ratified many other international human rights treaties including CAT, ICCPR, CERD etc., and contributed to the drafting of the UNCRC by commenting on nearly all of its articles. Moreover, USA is strict follower of international standards and laws, leading human and child rights defender, the most powerful country of this world (Super Power) and still thousands of children are abused in the USA every year. This arises the question that the USA’s non-ratification of the CRC is hypocritical, when the USA lectures other countries on protection of children’s rights but itself commits violations of children rights. Currently the USA is being internationally criticized for not having ratified the Convention.

USA demonstrates its commitment to human rights whenever it follows and enforces the Constitution of the United States, which is the greatest human rights instrument in all history. As the USA and its human rights practice has a big influence on other states, the ratification of the CRC would allow the USA to have its word and impact on other states practices on children’s issues and protection of their rights.

The ratification of the UNCRC would have a positive impact on the USA’s recognition of children’s rights, on the establishment of mechanisms to protect child’s rights, to contribute to international practice of children’s rights protection and to increase the competencies of parents to bring up their children. Moreover, by ratifying the Convention, the US can put reservations on the provisions inconsistent with its interests and still take benefit from the Convention.