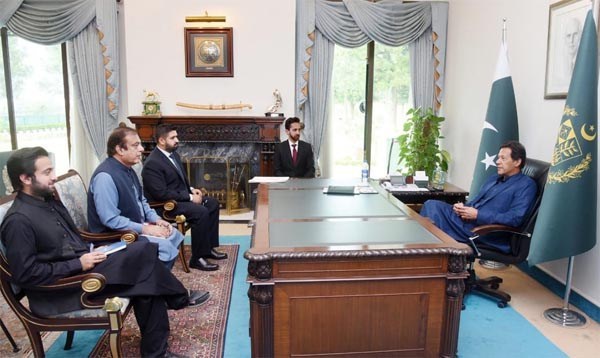 During the meeting, Senator Shibli Faraz briefed the PM on the digital media advertising policy proposed by the Ministry of Information and Broadcasting for approval of the PM Office.

PM was informed that there were currently 93 million Internet users, including over 45 million social media users in Pakistan, which was growing drastically.

Taking in account the rising trend of digital media a mechanism for release of public sector advertisements on digital media had been proposed.

Imran Khan was told that currently, there was no mechanism in place for digital media advertisements of the Federal Government. It would be the first ever policy by the Government of Pakistan that would enable it to advertise on digital and social media platforms through the Ministry of Information and Broadcasting.

Seeing the growth in digital media the PM was told the policy would encourage the new digital platforms and content creators, and overall benefit the country’s economy.

He said the DMDP was a multifaceted programme, which focused on the development and growth of the Digital Media Industry of Pakistan and extending digital literacy to the grassroots levels.

Imran Ghazali also presented a six months performance report of Digital Media Wing.
The prime minister appreciated the Minister for Information and Broadcasting for steps taken by the ministry to strengthen Digital Media Industry of Pakistan.