How Trump administration left indelible mark on US immigration courts 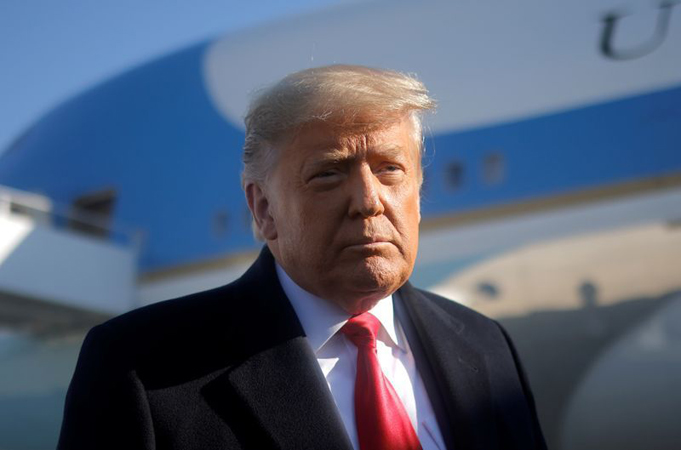 On a rainy September day in 2018, Jeff Sessions, then US attorney general, addressed one of the largest classes of newly hired immigration judges in American history.

“The vast majority of asylum claims are not valid,” he said during a swearing-in ceremony in Falls Church, Virginia, according to his prepared remarks. If judges do their job, he said, “the number of illegal aliens and the number of baseless claims will fall.”

It was a clear message to the incoming class: Most of the immigrants who appear in court do not deserve to remain in the United States.

As US President Joe Biden works to undo many of the restrictive immigration policies enacted by former President Donald Trump, he will confront one of his predecessor’s indelible legacies: the legion of immigration judges Trump’s administration hired.

The administration filled two-thirds of the immigration courts’ 520 lifetime positions with judges who, as a whole, have disproportionately ordered deportation, according to a Reuters analysis of more than 800,000 immigration cases decided over the past 20 years.

Judges hired under Trump ordered immigrants deported in 69% of cases, compared to 58% for judges hired as far back as the administration of President Ronald Reagan. Because hundreds of thousands of immigrants have cases before the court each year, that 11 percentage-point difference translates to tens of thousands more people ordered deported each year. Appeals are rarely successful.

Biden has promised to dramatically expand the courts by doubling the number of immigration judges and other staff. That’s a worthwhile effort, said Stephen Legomsky, a former chief counsel of the US Citizenship and Immigration Services who is now a professor emeritus at Washington University School of Law in St. Louis. “But the challenge is going to be tremendous.”

Although there are no statutory limits on the number of judges who can be hired, expanding the court would be costly and could take years, immigration law experts said.

“The fact that these (Trump-era) judges are already in place inhibits him a great deal,” Legomsky said of Biden.

Stephen Miller, the key architect of Trump’s immigration agenda, told Reuters that the administration had aimed to hire more immigration judges as part of an effort to “create more integrity in the asylum process” and quickly resolve what he termed meritless claims to cut down on a massive backlog.

“Most of the people that are coming unlawfully between ports of entry on the southwest border are not eligible for any recognized form of asylum,” Miller said in an interview. “There should be a very high rejection rate.”

Under US law, immigrants are eligible for asylum only if they can prove they were being persecuted in their home countries on the basis of race, religion, nationality, membership in a particular social group or their political opinions. Miller said many migrants arriving at the border are coming for economic reasons and present fraudulent asylum claims.

Sessions, who as attorney general had the final say in hiring immigration judges, told Reuters that “the problem is not with the Trump judges. The problem was with some of the other judges that seemed to not be able to manage their dockets, or, in many cases, rendered rulings that were not consistent with the law.”

The Trump administration’s successors to Sessions, who was forced out in 2018, did not respond to requests for comment.

Unlike the federal judiciary, which is its own branch of government, immigration judges fall under the executive branch as part of the US Department of Justice, which runs the courts through the Executive Office for Immigration Review (EOIR). All judges must be active members of the bar and have seven years’ litigation experience.

The Trump administration revised hiring for immigration judges to allow temporary appointments before background investigations were completed and gave the EOIR director more control over the process. The administration hired judges so quickly that the American Bar Association (ABA) in a 2019 report warned that the process may have allowed “underqualified or potentially biased judges to be hired due to lack of thorough vetting.”