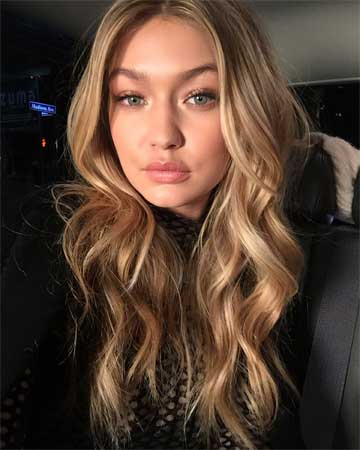 Gigi Hadid just made a fiery return to the runway. In her first major appearance since welcoming her baby girl, the supermodel walked in the Versace Fall-Winter 2021 Fashion Show, which aired on the company’s social media platforms on March 5. And as if Gigi’s return wasn’t exciting enough, Khai’s mom also debuted red hair during her runway appearance. That’s right, the 25-year-old star made a change to her signature blonde locks-and fans are loving it!

“Finally! Gigi Hadid just walked the Versace Fall Winter 2021 fashion show showing off her new beautiful hair!” one fan tweeted. “We are completely in love with this epic comeback.” One fan also noticed that, prior to the big show, Gigi had been covering up her hair, writing, “turns out , gigi was wearing beanies to hide the fact that she has ginger hair now.” And as another fan simply put it: “red hair Gigi is a religion.” Since giving birth to baby Khai-her first child with boyfriend Zayn Malik-in September, Gigi has steadily returned to work. And given Gigi’s close friendship with Donatella Versace, it made her runway comeback extra special.

In fact, Donatella was one of the well-wishers to send Gigi’s daughter a sweet gift. As fans may recall, Gigi shared a photo of Khai dressed in a Versace outfit sent from “auntie” Donatella in September. The adorable snap came just days after Gigi and Zayn announced their daughter’s arrival. “Our baby girl is here, healthy & beautiful,” the One Direction alum tweeted on Sept. 23. “To try put into words how i am feeling right now would be an impossible task. The love i feel for this tiny human is beyond my understanding. Grateful to know her, proud to call her mine, & thankful for the life we will have together x”