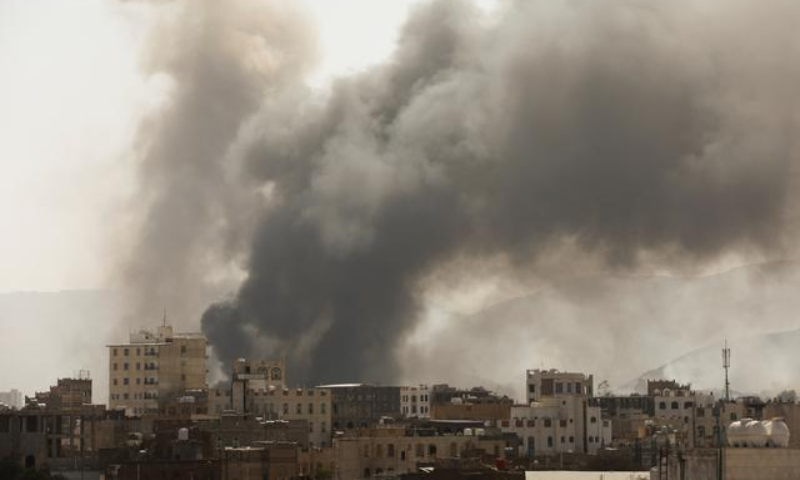 SAUDI ARABIA: Yemen’s Houthi forces fired drones and missiles at the heart of Saudi Arabia’s oil industry on Sunday, including a Saudi Aramco facility at Ras Tanura vital to petroleum exports, in what Riyadh called a failed assault on global energy security.

The Saudi energy ministry said an oil storage yard at Ras Tanura, the site of an oil refinery and the world’s biggest offshore oil loading facility, was attacked with a drone coming from the sea. Announcing the attacks, the Houthis, who have been battling a Saudi-led coalition for six years, also said they attacked military targets in the Saudi cities of Dammam, Asir and Jazan.
“Such acts of sabotage do not only target the Kingdom of Saudi Arabia, but also the security and stability of energy supplies to the world, and therefore, the global economy,” a ministry spokesman said in a statement on state media

The attacks drove Brent crude prices above $70 a barrel to their highest since January 2020, while US crude futures touched their loftiest since October 2018.

The Saudi-led coalition earlier said it had intercepted 12 armed drones aimed at “civilian targets” without specifying a location as well as two ballistic missiles fired towards Jazan.

The sites attacked on Sunday lie on the Gulf coast in Eastern Province, home to most of Aramco’s production and export facilities. In 2019, Saudi Arabia, the world’s top oil exporter, was shaken by a big missile and drone attack on oil installations just a few kilometres from the facilities hit on Sunday, which Riyadh blamed on Iran, a charge Tehran denies.

That attack forced Saudi Arabia to temporarily shut more than half of its crude output, causing a huge price spike. Houthi military spokesman Yahya Sarea said on Sunday that the group had fired 14 drones and eight ballistic missiles in a “wide operation in the heart of Saudi Arabia”.