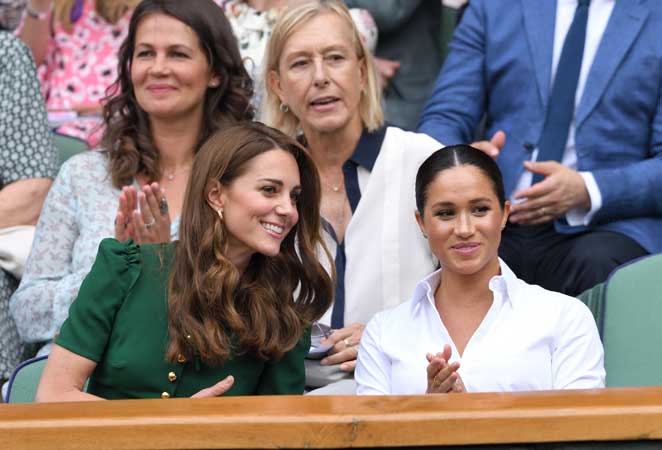 With Prince Harry and Meghan Markle’s Oprah Winfrey interview to soon hit the screens, Buckingham Palace’s fears are escalating with each passing minute.

Sources revealed to The Post that despite Meghan’s rift with the royals, specifically Prince William and Kate Middleton, she only had kind words to say for her sister-in-law.

A CBS insider told the outlet that reports about Meghan dropping bombs about the Duchess of Cambridge are false as the Palace has nothing to worry about in that regard.

Earlier a source had told The Sun, “If she has chosen to speak candidly about her time with Kate then the damage that could be done to the monarchy is vast.”

“She has the power to lay bare just how bad things really were between her, Harry, William and Kate. Oprah is likely to show Meghan clips of things Thomas has said – and then ask for her response. It should lead to some dramatic moments,” they added.