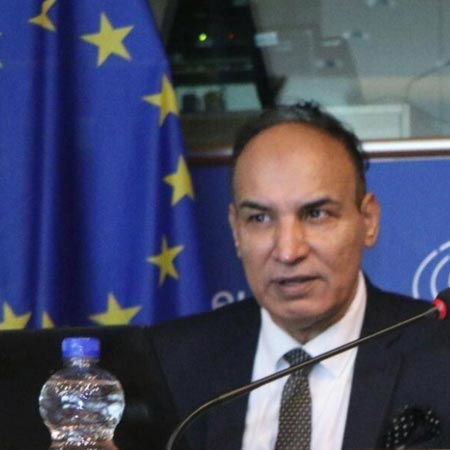 Every citizen of the global village has three vital social drivers of life: interests, ideas and desires. Without these drivers, life becomes dead and meaningless. In the civilised world these drivers require legitimacy, expressiveness, information-giving and equality. The democracy is one of the popular system which fulfil these requirements as promise to citizens through fundamental right of voting to stamp citizens democratic will and self-governance.

Social and Moral contract between legislator and voter-In the dynamic world these 3 social drivers of citizens as interests, ideas and desires have been under constant transitions and diversity therein. Democratic system through rule of law, constitution, its revisions and amendments have tried to protect, discipline and stay compatible accordingly. Sometime the social drivers can be unwanted to be punished through the laws and sometime are immoral but not punishable. Therefore, every democratic system try its best to protect citizen’s balanced interests, ideas and desires with justice and equality through election to participate and vote to choose his representative legislators systematically.

These representatives legislators are the trustee of the public for disciplined ingredients of democracy through any political party manifesto and each citizen has right to vote for any one after finding true faithful relevance between their social drivers and party manifesto.

This relevance between a citizen social drivers and party manifesto becomes contract of understanding, promise and trust as political partnership, once he or she become member or voter for his chosen party to elect his representative legislator called member of local, provincial or national parliament.

During the times of new dimensions of threats as 5th generation hybrid war, therein there can be multiple driver variables of the 5th hybrid war against a nation

It’s the foundation of democracy that a strong binding between citizen and his representative legislator takes place therein citizen’s will for his 3 social drivers at the core are secured not to be influenced through a secret ballot and that the election is ‘conducted honestly, justly, fairly and in accordance with law and that corrupt practices are guarded against. No doubt, this secret ballot box at the first democratic step to elect a representative legislator by a citizens fully serve the objects.

Once a representative legislator is elected on the basis of this citizen legal right and social contract between the citizen and political party manifesto (covering citizen 3 basic social drivers), the parliament member is no more a secret identity but a true exposed agent of that political party on behalf of voter citizen at the surface. His every act must be open for his voter, party and public as honest, just and fair ( Amin and Siddique ) after being elected because he or she were elected to become a trustee agent between the citizen and party manifesto to promote their common values.

Legislator selection by the voter citizen means that he was elected under the influence of party manifesto and citizen’s rational relation developed with the party manifesto contents and now citizen will be represented at all levels through this legislator.

Now, looking at the present election, in which upper house election was held under a secret ballot, can be evaluated. The Supreme Court in Pakistan has ruled that elections to the country’s upper house of parliament, must be held under a secret ballot, effectively nullifying a government move to require they be held through open ballot. The court, however, ruled that secrecy of the ballot “is not absolute”. “The Election Commission is required to take all available measures including utilising technologies to fulfil the solemn constitutional duty to ensure that the election is ‘conducted honestly, justly, fairly and in accordance with law and that corrupt practices are guarded against,'” said the verdict.

There were also multiple clips in the national media witnessing unwanted conduct of the political representatives elected by the citizens. Despite daily debates and court decision, after upper house election, the new Pandora box has been opened to develop new conflicts in the pool of multiple existing political conflicts.

Morals, constitution and secret ballot box-In the context of the first few paragraph narrating the binding and social contract between the member of parliament and a citizen electing that member of parliament to be responsible for his vote bank, a logical question arises: if the member elected under the manifesto of party “A” vote for party “B” nominee in Parliament or upper house, is it honest, fair and just conduct?

Surely, it’s not. Because you develop your carrier as a politician on behalf of voters and manifesto of party “A” but vote for party “B” under a secret ballot box. Is not it immoral, unjust as it amounts to cheating to a party, its manifesto and voters simultaneously. This is the conduct against principle of Amin and Siddique which has been living in our theoretical world of morals for decades and further this secret ballot box fully facilitate legislators’ votes buying and selling ahead of the Senate polls to engineer results which is also complete conflict with certain articles of Pakistan constitution and Pakistan Panel code PPC. In this regard a common term horse trading has been frequently used by almost many politicians from different parties.

5th hybrid war and secret ballot box-The other side of these practices can be evaluated within security parameters. During the times of new dimensions of threats as 5th generation hybrid war, therein there can be multiple driver variables of the 5th hybrid war against a nation. The vulnerabilities and weaknesses within laws, system, institutions competence, mind-sets of individuals and legislators can be used to destabilise a state to be dysfunctional. Instead of buying weapons, investing and buying legislators for just 50 million dollars can change the faces for third party investor desire.

Our National character and secret ballot box- Pakistan is a proud nationwith wonderful achievements, intelligent genes and contribution to the world. A nation which signed a loan in the past for a country known as today’s European economic power. A nation of top class scientists, experts, physicians and surgeon serving many nations to expose true image of the Pakistani nation as honest, hard-working generations . Unfortunately, it’s highly condemnable that the recent upper house election has damage our national prestige and dignity in international media, because of public to trust such legislators and unwanted conduct at the mind-set of the representative legislators. If the system has given space to such type of law makers, what can be expected as their service to a nation because charity start from home and a dishonest or unfaithful can reproduce only dishonesty and unfaithfulness?

As a final conclusion. In the light of all above mentioned concerns, as a responsible state, institutions, election commission, judiciary, public and legislators must take quick and necessary steps to neutralise not only vulnerabilities and risks but mitigate the threats with composite and comprehensive action plan. This will strengthen the democratic values and is fully in the interest of Pakistan and all political parties. In addition Pakistan Public must elect those faithful politicians who never let down the voter trust.

The writer is Pak origin, European scientist and methodologist in Norway. He is founder of exclusive Dynamic Process Modelling DPM for knowledge based methods to solve complex problems